Mass confusion over PII cover as SRA warns 1,863 firms that they are entering shut-down 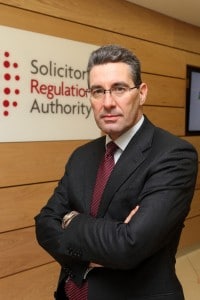 Philip: vital to check and double-check

Many of the 1,863 law firms e-mailed by the Solicitors Regulation Authority (SRA) last Thursday that their apparent lack of professional indemnity insurance (PII) meant they would have to move into a period of shut-down had cover after all, it emerged.

The SRA blamed a range of factors for not having evidence of PII for the 2014/15 year for those firms.

Under SRA rules, firms that do not have cover on 1 October enter the extended policy period. This is made up of a 30-day extended indemnity period, and then a 60-day cessation period.

During the latter, which has now begun, firms can only deal with existing instructions and cannot take on any new clients, or new instructions from existing clients. If they do not have new insurance in place by 29 December, they will have to close.

Last year, 287 firms entered the extended policy period, and 149 of them found insurance during the three months.

The SRA said that since sending out the e-mail, many of the 1,863 firms have responded to say that they do have insurance.

In a statement, the regulator said: “We have told these firms that they need to contact their insurer so that the correct information can be forwarded through to us.

“A number of firms within this group were ‘corporate bodies’ belonging to a larger firm and are covered by that policy. Again, these firms need to contact their insurer so that the correct information can be provided.

“Some firms that had taken the option to move away from the 1 October for renewals were included in the list of firms we contacted because we had not been informed of their changed renewal date. These firms are asked to provide us with a copy of their certificate.”

Paul Philip, chief executive of the SRA, added: “This time of the year is already an exceptionally busy one for everyone, and we appreciate that a number of firms may have received an e-mail from us that they believe was unnecessary. However, it is vital to check and double-check a firm’s insurance details because PII provides important protection for consumers.

“We will continue to work with firms and insurers to make sure that we have as complete a picture as possible.”

In a statement, the Law Society said the problem may have been caused by “discrepancies between the information given by insurers to the SRA and the SRA’s firm authorisation exercises”.

It added: “We are speaking with the SRA. Their advice is that solicitors who have received such letters should, in the first instance, contact insurers to confirm that the insurer has them on the correct database.”

In a separate development Mr Philip told last week’s SRA board meeting that a decision from the Legal Services Board (LSB) on its indemnity reform plans was expected “in the next few weeks”.

The SRA defended its proposals to cut the minimum cover limit for law firms from £2m to £500,000 earlier this autumn, following criticism from the super-regulator. On paper at least, the LSB has until August 2015 to make up its mind.

Mr Philip said that “given the breadth of the regulatory reform agenda, there is an appetite for progressing it at some pace”.

A spokesman for the LSB said it aimed to announce its decision on the indemnity reforms in the first or second week of December.