“Many parts of the Bar are in severe pain,” acknowledges BSB chair 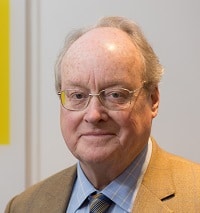 Sir Andrew: barristers may be “squeezed out” of the market

The present model for delivering justice in the criminal, family and immigration courts has become “increasingly challenged” and “many parts of the Bar are in severe pain”, the chair of the Bar Standards Board (BSB) has said.

Sir Andrew Burns said that, along with increased numbers of litigants in person, barristers were being “squeezed out of the market” by a declining caseload and increased competition from both regulated and unregulated providers.

In a speech at Lincoln’s Inn last night, Sir Andrew said: “Commercial and private law may to some extent be sheltered from the changes forced on the publicly funded Bar.

“But the present model for the administration of justice in criminal, family and immigration courts is becoming increasingly challenged.

“I have been made keenly aware, by the lawyers to whom I have talked and by the lessons I have learnt from sitting beside judges in court, that many parts of the Bar are in severe pain, with many unable to fulfil their true potential.”

“This gives rise to an increase in litigants in person, and barristers find themselves squeezed out of the market by a declining caseload and growing competition both from other regulated legal professionals and from unregulated service providers.

“As financial pressures bite on government, the chances grow that new legislation may be introduced which could radically affect the existing regulatory arrangements.”

Sir Andrew did not specify what the changes might be, or whether they would include the introduction of a single regulator for all lawyers.

“How the Bar fares will frankly depend on the robustness and creativity of its response, the changes which government and the judiciary will bring into the administration of justice, the speed with which consumers seek out alternative models and the success of the regulator, I suggest, in holding the ring.”

Sir Andrew said the BSB looked forward to commenting on the Ministry of Justice consultation paper, launched last week, on how to ensure high standards in criminal advocacy.

He said that, following a joint consultation on the Quality Assurance Scheme for Advocates (QASA), the BSB, Solicitors Regulation Authority and Chartered Institute of Legal Executives intended to submit the revised proposals to the Legal Services Board in the new year, “with the intention of getting it off the ground” in the spring.

Sir Andrew said one of the key elements in the BSB’s strategic plan for 2016-19 would be the need to become “a much more risk-based regulator”.

He said: “A strong risk culture is one where this isn’t just a theory, a set of unread reports for the sake of it but where an organisation has geared up its governance, decision making, working practices and behaviours and the competencies of its staff to support proper risk management.

“The purpose is to help us choose a good path through uncertainty, maximising the good and minimising the bad.

“The risk-based approach to regulation of the BSB is driven not by our own whim, but by legislative requirement. It should mean less red-tape and less micro-managing. We are already travelling in this direction, but I want to give our approach sharper focus.”