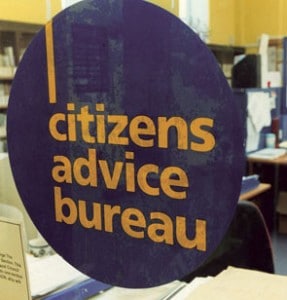 A Manchester law firm has launched a joint venture alternative business structure (ABS) with one of its major insurer clients, Legal Futures can report.

In a statement, the pair said they have “worked very closely together since 1st Central Insurance launched in 2008 and are well placed to operate a successful ABS, to the benefit of clients taking advantage of the professional services”.

The insurer has grown to 500 staff in those five years and has provided cover to over a million customers in that time.

The sole focus initially will be claimant personal injury, but in time could be broadened to embrace other practice areas. Horwich Cohen Coghlan also handles litigation, property, wills and probate, family and regulatory work.

Meanwhile, the Legal Services Board (LSB) has decided to extend indefinitely the transitional exemption from ABS licensing currently afforded to not-for-profit organisations that conduct reserved legal activities, such as law centres and Citizen’s Advice Bureaux.

The original plan had been that this should end in April 2013. It was put back to 2015, but yesterday the LSB announced that this work will now be deferred “in order to take account of the outcome of the Ministry of Justice’s review of legal services regulation”.

It said: “We will keep this situation under review, and will update stakeholders on the future timetable. At this point, however, we do not anticipate further work on this issue before 2015, meaning that there would be an additional period after this date before the transitional protection would come to an end.”

There are also some intellectual property firms overseen by the Intellectual Property Regulation Board (IPReg) that have enjoyed transitional exemption because they did not have a suitable body to license them. IPReg’s application to become an ABS licensing authority will go before the LSB in November and, if successful, it will then be put to the Lord Chancellor for approval.

“Once the overall timetable becomes clearer, we will consult again on a specific date for ending the transitional period,” the LSB said.

This consultation is likely also to recommend repealing the legal disciplinary practice (LDP) framework, meaning that existing LDPs would have to become ABSs – some with non-lawyer partners have been converting anyway in anticipation of this, but it was not clear what would become of LDPs that were only made up of the different types of lawyer.

The LSB explained: “Our current view is that it is not desirable to continue to have multiple routes to market entry.”