Man jailed for harassing judges by megaphone, email and Twitter 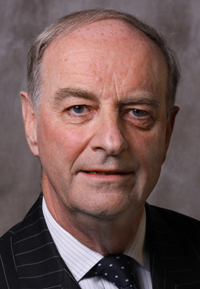 A man who shouted abuse at judges with a megaphone outside the Royal Courts of Justice (RCJ) and sent them harassing emails has been jailed for a year.

Eze Kinsley Ezeugo was found to have repeatedly breached an order that prohibited him from harassing three judges, whom he claimed had conspired against him.

He was sentenced for contempt of court on the application of the judges, before whom he had previously appeared: High Court judge Sir David Foskett, Circuit Judge Emma Peters and Deputy District Judge Suki Waschkuhn.

Her Honour Judge Peters had jailed him in 2014 for 30 months after being convicted in the Crown Court of five counts for offences contrary to the Health and Safety at Work etc Act 1974. Mr Justice Foskett has made various decisions involving Mr Ezeugo.

According to a Lawtel report of the decision of Sir Peter Openshaw in the High Court shortly before Christmas, Mr Ezeugo had appeared before the deputy district judge whilst representing his wife in a claim brought against her.

Mr Ezeugo began a campaign of harassment that included “posting vituperative comments on Facebook and Twitter, sending abusive emails about the applicants to various individuals [and] attending the RCJ with a megaphone shouting abuse”, aimed particularly at Foskett J.

The campaign continued and the three judges began proceedings. In May 2017, a court granted an interim injunction and made various case management directions with which Mr Ezeugo did not comply.

Five months later, judgment was entered in default of acknowledgment of service and summary judgment were entered for the judges, and the injunction was confirmed.

The terms of the order prevented him from uploading further abuse on Facebook and Twitter, and from attending the RCJ unless he was a party to listed proceedings and had given notice to security staff in advance of his intention to attend.

His appeal against the order was held to be totally without merit.

The judges alleged that Mr Ezeugo had breached the order by committing 178 acts of contempt by his posts on Facebook and Twitter, sending emails and by attending the RCJ without giving notice.

Lawtel reported: “The respondent contended that he was not guilty of breaching the order because it had not been lawfully made. He alleged that the instant hearing was a result of a conspiracy against him designed to separate him from his wife and children.

“He made many allegations about other cases which he claimed had been driven by conspiracy.”

The court was not satisfied that the breaches in relation to attendance at the RCJ had been made out to the criminal standard.

But in relation to the social media posts and emails, amounting to 175 acts of contempt, “there was no doubt on the evidence that he had sent them and had done so because he maintained that what he was alleging was true, and that as the order was unlawful he should not be bound by it”.

However, the judge said the order was lawful and Mr Ezeugo was in contempt.

The report said: “His actions were calculated to cause considerable alarm and distress. The breaches had continued despite repeated warnings by the Government Legal Department about the prospect of committal proceedings if his conduct continued.

“The respondent had shown complete disregard for the order and he had shown no remorse. The scale of the breaches had not diminished and there had been a recent escalation. There was no doubt that he would continue with that course of conduct.

“Although judges should be able to accept reasonable criticism, there were limits. The respondent’s conduct damaged respect for the law and judges and damaged the rule of law.”

Mr Ezeugo “had become obsessed as he had an irrational sense of injustice”, and the breaches would continue, meaning imprisonment was “inevitable”.

His Twitter account has been suspended, while cases on Bailii indicate that other judges have had problems with him.

In 2010, there is a case which detailed how he was excluded from a hearing in the magistrates’ court, despite being the defendant in a criminal matter, because of his behaviour in the courtroom.

In 2014, Mr Justice Jay imposed an extended civil restraint order against Mr Ezeugo in relation to his pursuit of one particular matter.

Last March, Mrs Justice McGowan dismissed a challenge he made to the Legal Aid Agency over funding for a case against the Metropolitan Police, describing it as “entirely without foundation”.