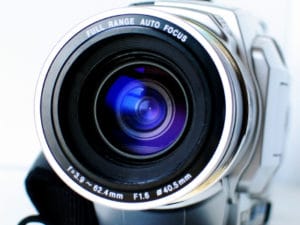 A male solicitor has been found guilty of discussing with a vulnerable female client a third his age that she might make good an unpaid bill with a topless photo shoot and possibly sexual activity.

Anthony Robert Dart was also found to have watched pornography in his office with her.

The Solicitors Disciplinary Tribunal struck him off, saying “this was clearly a situation where a solicitor in a position of trust, very experienced in dealing with criminal defendants, was in a position of significant power over an individual who owed him money and whom he believed to have mental health and other issues”.

Mr Dart, who was born in 1952 and qualified in 1984, ran a firm in Barnstaple, Devon. In 2013, he acted for a Miss BC, who was described as “no more than 22”, over a criminal matter for which she accepted a caution. She was paying privately and was billed £250 plus VAT.

They then met to discuss a complaint she had about his advice, and in a statement to the Solicitors Regulation Authority recorded by the tribunal, Mr Dart recounted that she dropped it amicably.

“Miss BC was quite chatty and said she was hoped to become a model or actress and made a few poses as if being photographed,” he said.

“I believe I did tell her that she seemed very photogenic and I did then take a few digital photographs of her which we looked at briefly before deleting them. She remained seated in her chair and fully clothed throughout.”

She visited him again the following Saturday to say she had no money to pay his bill. Mr Dart said in his statement: “She then suggested that perhaps I might care to do a photo-shoot with her modelling the various outfits she had collected. I said I would prefer the cash but she could not pay me at present.

“Before leaving she did again suggest that I might care to take some photographs of her but she would not feel comfortable doing so at my offices. It never happened…

“She did send me a text asking me when we would be doing a topless photo shoot, which came as a surprise as that had never been discussed.”

Recordings of two subsequent conversations the pair had on the phone emerged later, when the matter was drawn to the attention of the police, due to an app Miss BC had downloaded onto her phone.

In these Mr Dart asked her not to send explicit texts because they might be checked on by the authorities.

He suggested she come to his office on a Saturday when there would not be anyone around, and when they might discuss him taking photos at a “more suitable venue”, adding: “It could be fun and… it could lead onto, you know, bigger and better things as well.”

Nothing actually happened, however, and eventually Mr Dart threw his phone into a river, which he said “was not done with any intention of concealing evidence but in the realisation that I had not been sensible and wanted to terminate all further contact with Miss BC”.

The tribunal found the allegations proved, ruling that – by “participating in conversations with a vulnerable female client in relation to an inappropriate and improper arrangement for the settlement of an outstanding bill of costs”, and watching pornography in his office with her – Mr Dart had breached his obligation to maintain the trust of the public in the profession.

In mitigation, Mr Dart’s counsel cited the humiliation that the solicitor had suffered – the police had raided his offices as part of its investigation, although no charges were ultimately brought – and he provided several testimonials from other practitioners of his work and the hole a striking-off would leave in the provision of criminal legal aid work in the area.

Deciding to strike him off anyway, the tribunal said the conversations Mr Dart had with Miss BC included “specific contemplation of photographs of Miss BC, and also clear implications of possible sexual activity… which were described as ‘payments not in cash but in kind’”.

“At no point did Mr Dart try to stop it even after she expressly mentioned topless photo shoots. [He] was completely complicit in the suggestion that activity might escalate.”

Though acknowledging the solicitor’s “long unblemished career”, it said this was not a one-off but “a series of contacts” with Miss BC. “The tribunal considered that [he] had acted to a considerable degree in breach of a position of trust.” He was aware of her age and mental health problems.

It said Mr Dart had tried to “cover his tracks”, although throwing the phone may have been panic rather than through a “base motive”.

The tribunal also acknowledged that recording the two conversations might have influenced the way Miss BC let them develop, but given Mr Dart’s experience and the “inequality of bargaining power” between the two, “Miss BC’s role was not a persuasive mitigating factor”.

It concluded that Mr Dart’s behaviour had been “so fundamentally outside the limits of what was acceptable for a solicitor in a position of trust” that striking him off would “convey the importance to the public and the profession of his highest standards of behaviour”.

It was, the tribunal said, “a most disturbing case which constituted a personal tragedy for [Mr Dart] and quite possible for the criminal legal aid work in the region where he practiced”.