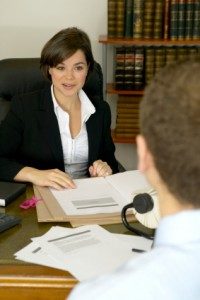 Male clients were half as likely as their female counterparts to nominate women for a place in a global guide to star lawyers, despite the fact they rated the performance by women lawyers as equal or better.

The company behind the findings said male bias made it harder for women lawyers to progress.

Some 4,300 law firm clients chose over 8,000 individual lawyers in research for the Acritas Sharplegal guide; it “stumbled” across the finding that only 15% of those nominated by men were women, compared to 29% nominated by women.

Yet while expertise was the quality valued most highly – in which both genders performed equally – women were found to possess on average a greater number of desirable qualities mentioned in their nominations.

Further, women were “significantly” more likely to be considered “approachable, professional and diligent”.

Acritas reported that since 2015, just over 1,000 of the 8,000 nominations made by law firm clients have been for female lawyers. Just 13 women globally have received nominations from three or more clients.

The company’s chief executive, Lisa Hart Shepherd, said male bias among clients made it harder for women lawyers to progress: “The effect of this bias is multiplied when you consider four out of five senior in-house counsel are male, it is therefore easy to see why female partners find it hard to get equity partnerships in law firms.”

Acritas has pledged to campaign to persuade senior in-house counsel to help improve gender diversity, including lobbying for quotas of at least one in three female-led instructions.

Separately, a survey of in-house counsel at large corporations showed they expressed a preference for both the innovation and attentiveness of client service provided by smaller law firms. But it also found they tended to stick with large firms with which they had existing relationships.

The survey, conducted by Globality, which specialises in matching large companies with smaller service providers, said it polled 300 general counsel at international businesses generating revenues of over $1bn (£723m).

Ben Woolf, Europe general counsel at Tate & Lyle, which has a turnover of £4bn, said: “If you go to a smaller firm, even with a fairly small legal spend, we can be an important customer to them.

“You do get a bit of specialist treatment as a result of that and perhaps they concentrate on you a bit harder than a bigger firm would do.”