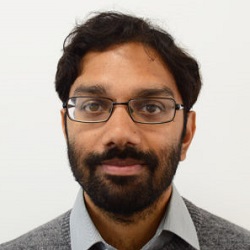 The Social Market Foundation (SMF) backed a greater focus on early intervention by locating legal advice in places people went to when in distress but said it would only work if there was “genuine collaboration and integration between legal and other services”.

Its briefing, Right time, right place: Improving access to civil justice, also urged the government to reverse the cuts to legal aid imposed over the past decade, describing civil legal aid as “one of the most dramatic examples of cuts anywhere in government, with large swathes all but eliminated”.

The report, authored by SMF chief economist Dr Aveek Bhattacharya, said: “It is hard to imagine an effective civil justice system without returning spending to something closer to its previous level.”

Research showed how many adults experienced a civil justice issue in recent years and how they tended to cluster or snowball – family breakdown leading to homelessness, for example.

While the relationship between civil justice problems and socio-economic disadvantage was not clear-cut, the SMF said, certain vulnerable groups – like lone parents, benefits recipients, and people with a longstanding illness or disability – were more prone to them.

The report acknowledged that, in the wake of the legal aid cuts, “recent measures have made significant progress in promoting digital civil justice”.

“However, this has raised understandable concerns about the digitally excluded and their ability to make use of such tools, especially if they are used to compensate for the decline of existing services.”

A seminar held by the SMF found “widespread agreement on the importance of early intervention”, but the briefing noted too that the people who would be most likely to benefit from early intervention were often “hard to reach and unwilling to engage”.

It explained: “Civil justice problems are often not conceived of in legal terms. As a result, focusing too heavily on early intervention risks missing those that are not in a place to take advantage of it, and at worst picks off the ‘low hanging fruit’ and fails to help the most severely disadvantaged.

“That is why the Law and Justice Foundation called for ‘timely’ intervention, waiting for people to reach the ‘tipping point’ when they are ready to access help and being available when needed.”

This also meant taking services to where people went, rather than expecting them to find legal help.

“To this end, many people argued that legal advice services should more often be co-located in places like council offices, libraries, hospitals or GP surgeries.”

Medical settings were particularly critical, especially as research found that one in seven people with a civil justice problem consulted their doctor about it, the third most popular source of help after friends/family and solicitors.

The SMF said medical-legal partnerships have operated in the USA and Australia for several decades, and British institutions were beginning to look more closely at some aspects of the model.

“A report last year from the Administrative Justice Council examined a number of cases of advice centres set up within hospitals, helping people to deal with issues like housing benefits, disability, and debt.

“These services are believed to produce cost savings for the hospitals because they can free up beds (e.g. in cases where patients cannot be discharged due to outstanding housing issues), limit clinician time spent on administrative and welfare issues and, hopefully reduce the chances of people falling sick again in the long run.”

But there had to be “genuine collaboration and integration between legal and other services, with effective communication and knowledge sharing” to deliver these benefits.

The briefing recognised that there were a number of barriers to this, including a lack of resources, weak relationships and “differences in professional strategy, culture and ways of working”.

It should also be approached pragmatically, the SMF went on. “Integration can be more or less formal, running from ad hoc shared projects to written contracts and memoranda of understanding.

“It need not take the form of multiple organisations operating from a single location, either – for example, individual members of staff can be ‘posted’ to partner offices.”

The SMF urged the government to collect better and more timely data of civil legal need as well, such as through a biannual civil justice survey. The last government survey on the topic was carried out in 2014/15.

Dr Bhattacharya said: “Civil justice is less attention-grabbing than criminal justice, but that shouldn’t lead us to underestimate its importance. Most of us will experience some form of civil justice issue in the next few years, be it debt difficulties, a dispute with neighbours, a problem with housing or being mis-sold a good or service.

“These issues have a tendency to escalate, so we shouldn’t expect people just to muddle along, at a cost to their health, wellbeing and financial security.

“Instead, it is critical to provide accessible and timely interventions, available to people where they are. That requires creative and joined-up thinking to ensure that the relevant services work together and put the people they serve first.”

The briefing is part of a project called Justice in the Balance, sponsored by AIG, which is also supporting the work of the three NGOs partnering with SMF on it – the Centre for Women’s Justice, EQUAL and LawWorks.