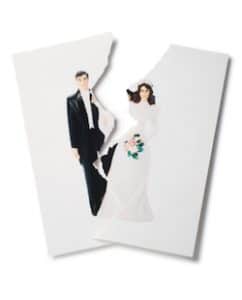 Law firms are in a “race to the middle” when it comes to pricing their services and consumers are happy with what they are receiving, new research has found.

It also found that fewer than one in 10 law firms publishes fixed fees on the internet and more than a quarter have no website or digital presence in any case.

In its Fixed fee and ratings report, comparison site and consumer law forum LegalBeagles used data obtained from the Solicitors Regulation Authority (SRA) covering all 10,393 law firms to analyse a sample of just over 6,000 firms in June 2018.

It looked at price data relating to divorce work, lasting powers of attorney (LPA), and wills. The range of fees for these areas of work varied wildly across firms.

Differences between the cost of work in the north and the south were striking. Divorce was 53% more expensive in the south, and wills 34%, the survey found.

Indicating that higher-priced, more labour-intensive work can attract positive feedback, whereas this was not necessarily true for lower-cost, process-driven work, the survey found that 67% of divorces handled by solicitors charging towards the top of the price range received four or five star ratings across feedback websites, compared to just 16% of low-priced divorces.

Meanwhile, 55% of lower-priced wills were given the higher-star ratings, compared to 33% of high-price wills.

The researchers brought together all the rankings from sites like TrustPilot and Google in one place to give an aggregate of all their ratings from the web.

The survey detected what it called a “race to the middle” in terms of price, with 87% of “digital fixed-fee products” in the mid-range price category. But quality was to an extent maintained  – 57% of those products attracted four or five star ratings.

The number of firms with websites – and those without – was a shock finding; although over three-quarters had a digital presence, this suggested 24% had none.

Of those with websites, fewer than six out of 10 mentioned fixed fees and just 10% published fixed fees at all – although a further 7.5% said they offered fixed fees but they did not appear on the website.

LegalBeagles, which promotes the use of fixed fees, noted that 58% of law firm billing originated from fixed fees, predominately from conveyancing work.

Last month the SRA decided that firms will not be compelled to publish price data on divorce work.

Subject to the approval of the Legal Services Board, from December 2018 all SRA-regulated law firms will be required to publish on their websites information on the prices they charge for conveyancing, probate, motoring offences, employment tribunals and immigration (excluding asylum) work.