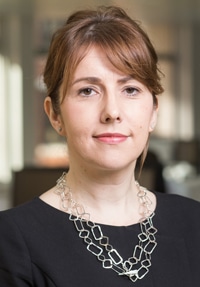 There are positive signs about improving consumer satisfaction with how they find, compare and then use law firms, major research by the Legal Services Consumer Panel (LSCP) has revealed.

However, with reduced access to legal aid and a “continued decline in free services”, the panel said that more vulnerable consumers “are potentially being left behind as those more empowered are able to take advantage of market changes”.

Such empowered consumers are more likely to shop around – which is becoming easier, with more choice – and demand fixed fees.

The LSCP’s annual tracker survey, carried out by YouGov, involved almost 1,800 adults and a smaller sample of just over 1,000 who had used legal services in the last two years.

Despite the panel’s longstanding concerns about the lack of comparison websites for legal services, 70% of consumers said they were satisfied with their choice of firm, and only around 12% said they found it difficult to compare – down from almost 30% in 2011. Consumers who felt they had a choice of lawyer tended to be more satisfied with the service they received.

“Satisfaction with most elements of service, from clarity of explanations to professionalism, was up on previous years,” the report said. As has been the case every year, while all the other markers scored satisfaction ratings of between 70% and 80%, ‘value for money’ was the service element which fared the worst, falling to 61% in 2015.

The proportion of clients paying privately was up to 64% in 2015, its highest in the five years of the survey – for reasons the panel said were not clear – while the proportion with legal aid funding was lower than ever. Use of fixed fees was very slightly down on last year, to 46% of transactions, but the use of hourly rates also declined to just 8%.

There was no change in the most important reason for choosing a law firm. Three-quarters of consumers cited reputation, with price failing to come second and having to share the honours with specialist skills.

Speed of delivery came fourth, followed by convenience/the presence of a local office, personal recommendation and whether or not the firm had a quality mark.

Local firms continued to dominate the provision of services in most areas of consumer law – “which is unsurprising given that face-to-face delivery remains the most common method,” the report said – but in personal injury, national brands and what the survey described as ‘large corporate firms’ were now the market leaders.

The survey found that lawyers are more generally trusted by the public than accountants and come second only to supermarkets in trust that consumer rights will be protected. People remain cautious in complaining about lawyers, however, with accountants doing slightly better, though less than half said they would be confident in complaining about either profession.

Elisabeth Davies, chair of the Legal Services Consumer Panel, said: “The good news is that some consumers are taking advantage of new methods of service delivery – whether that’s unbundling some of the work or shopping around more.

“The problem is that these developments aren’t working for all consumers. Some consumers are still being left behind, and the gap between the empowered and disempowered is only getting bigger.

“There is no one size fits all approach to addressing this problem. What is clear is that those consumers who are better informed tend to have more trust in using a lawyer, and tend to see increased choice, ultimately leading to increased satisfaction. More information is needed to aid that choice.”