Major report: Time for targets, not talk, to improve race equality at Bar 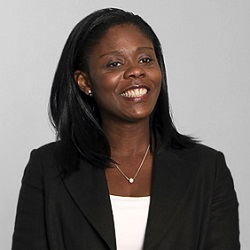 The time for talking about race inequality at the Bar is over and all organisations with a stake in the profession should set specific targets for improvement, a major Bar Council report has concluded.

The Race at the Bar report said the evidence was clear that “barristers from ethnic minority communities and backgrounds, and especially women, face (i) systemic obstacles to building sustainable careers; and (ii) a more hostile and fatiguing working environment than White colleagues”.

It went on: “Further, some ethnic minority groups face more significant challenges than others, and that intersectionality (eg, sex) further enhances these barriers.

“Anecdotal experience suggests socio-economic background is also likely to be a factor, although we do not at present have the data to categorically state this.”

The report from the Bar Council race working group drew on various sources of data – such as the recent survey finding that 30% of barristers have personal experience of bullying, harassment and/or discrimination in the past two years – in reaching its conclusions.

It noted that, “quite rightly”, barristers have expressed frustration over the amount of talk about race inequality at the Bar, and the lack of action and failure to bring about change.

“More research can always be commissioned to further explore the barriers faced by aspiring and practising barristers from different ethnic backgrounds. But it is time to acknowledge there is already enough evidence available to make the case for action now.

“In publishing this report we make that case. We believe the Bar needs to move from good intentions and an ‘ad hoc’ approach to more strategic, properly funded and measurable action.”

The report makes three overarching recommendations. First, that “Bar-based stakeholders” – such as the Bar Council, circuits, specialist Bar associations and individual chambers – should consult on, identify and publish their goals for improving diversity and the timeframe within which they intend to achieve them.

These should be measurable targets for improvement rather than quotas, with a year to set them and five and 10-year stages to implement them. Bodies should have to explain why any targets have not been met.

The Bar Council has committed itself to establishing targets by autumn 2022 for its own staff and representative committees.

Second, the report said, the Bar Council should analyse data on barristers from ethnic minority backgrounds annually to record progress; wherever possible, the data should be split by ethnic groups.

Third, all organisations across the Bar should develop an action plan to implement the first two recommendations at a minimum.

The working group also laid out 23 specific recommended actions for access, retention, progression and ‘Bar culture’, which it said should form the basis for these action plans.

These reflected how all aspects of life at the Bar were influenced by ethnicity and structural discrimination, whether finding pupillage, earnings, becoming a QC or reaching the bench.

For example, a Black woman publicly funded criminal junior barrister with the same level of experience as a White male junior would bill on average £18,700 a year less, and an Asian woman £16,400 less, the report said.

In total there are five Black/Black British female QCs and 17 male QCs; 17 female QCs and 60 male QCs who are Asian/Asian British; and nine women and 16 men of mixed/multiple ethnicity who have taken silk.

In a joint statement, working group co-chairs Barbara Mills QC and Simon Regis said: “Data in the report categorically and definitively evidences, in quantitative and qualitative terms, that barristers from all ethnic minority backgrounds, and especially Black and Asian women, face systemic obstacles to building and progressing a sustainable and rewarding career at the Bar.

“We have endeavoured to make recommendations as targeted as possible towards groups where the greatest disadvantage can be evidenced.”

Bar Council chair Derek Sweeting QC added: “We should reflect honestly on whether long held, and perhaps defensive, assumptions about the Bar can survive the evidence and data which the report draws together.

“The Bar is, for most of its members, a modern profession in which hard work and talent offer individuals the opportunity to thrive and contribute to our justice system. That opportunity needs to be open to all.

“Experiences may differ in different parts of the Bar, but the overall conclusion is clear: there is a moral and practical imperative for the profession to urgently promote diversity and to be more reflective of the society it serves.”

He said a “huge amount of work and collaboration” was already underway across the Bar, with some of the report’s recommendations already in place in one form or another.

The Bar Council has committed to reviewing progress on the overarching recommendations annually and more fully after three years, and it will also consider what further research should be undertaken to establish the challenges specific to other (non-Black/Mixed Black) ethnic minority groups that are under-represented at the Bar.