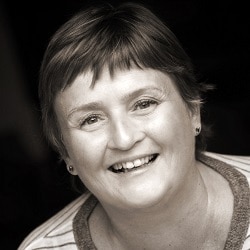 The “organisational culture” of the legal profession needs to change to tackle the ongoing problems of mental ill-health, bullying and harassment, major new research has found.

The Life in the Law survey – to which 1,713 legal professionals responded – said the many initiatives introduced over the past two decades to tackle bullying and harassment “have had little significant impact”.

Just over one in five participants (22%) said they had experienced bullying, harassment or discrimination in the workplace in the 12 months before completing the survey.

The research also highlighted the intensity of work many faced: almost two-thirds felt they needed to check emails outside of regular work hours to keep up with their workload, and 28% said their work required them to be available to clients 24/7.

The survey was open between October 2020 and January 2021 to anyone working in the law in the UK, Republic of Ireland, Jersey, Guernsey and the Isle of Man.

Most participants (60%) came from the solicitors’ profession, while 35% worked in large (21+ partners) law firms.

Nearly 73% of respondents were women – who also made up 80% of those who said they were carers – and 12% from an ethnic minority group, while 9% had a disability.

Each of these three groups averaged higher in burnout than their obverse groups, and also reported having lower autonomy and lower psychological safety at work. Along with work intensity, these were the four issues measured using social science scales.

A psychologically safe workplace is one where workers believe they will not be punished or humiliated for speaking up.

Participants with lower autonomy at work and lower psychological safety at work displayed higher burnout, while being exposed to high levels of work intensity was also associated with higher burnout.

The majority of respondents (69%) had experienced mental ill-health (whether clinically or self-diagnosed) in the 12 months before completing the survey.

Most common symptoms, experienced often to all the time, were anxiety (61% of respondents), low mood (48%) and depression (29%).

Some 29% said that they had experienced physical symptoms arising from work-related stress in the previous 12 months, with 22% feeling unable to cope and 6% reporting regular suicidal thoughts.

But only 56% of those who had experienced mental ill-health talked about it at work, primarily due to the fear of stigma.

The findings suggested that legal professionals were at a “high risk” of burnout with those aged between 26 and 35 displaying the highest burnout scores, and also reporting the lowest autonomy, lowest psychological safety, and highest work intensity score.

The research identified a “notable disparity” between the widespread provision of various wellbeing measures by employers – such as mental health policies and training – and their perceived helpfulness.

“This is most likely to be despite the organisations’ good intentions that the measure being provided is a helpful one,” it said. Regular catch-ups or appraisals were seen as the best common measure.

Fewer than half of managers or supervisors said they had received training to take up their roles; almost all of those who had been trained said it was helpful.

“A recurring theme was also simply the desire to be ‘heard’ and listened to,” researchers found. The most valued wellbeing supports were confidential support and the opportunity to talk with colleagues and peers about concerns.

Many people were getting less than the recommended seven to nine hours of sleep a night: 35% estimated they had slept six to seven hours a night over the two weeks before completing the survey, 25% five to six hours, and 12% less than five hours a night.

The report concluded: “The emerging theme in the findings from this study is the need to change the organisational culture of law. To change the culture in law we need to start with changing our working practices.”

There needed to be “a sector-wide commitment to why wellbeing matters and to start redefining the culture in law in the positive, to what it could be: a workplace where people have a positive work-life balance, feel valued, respected and supported and thrive”.

But it warned that there were “no quick fixes”.

“Participants’ qualitative responses made frequent references to the collective responsibility of the legal community; how ‘everyone in the profession has a role to play’ and ‘it should be a united effort across the board’.”

LawCare chief executive Elizabeth Rimmer said: “This research, the first of its kind in this country, provides robust evidence that the legal profession is stressed, tired, anxious, at high risk of burnout and that those working practices in the law that undermine mental health need to change.

“We want this research to be the catalyst for us to come together as a profession to create that change, to create a culture in law that puts the law’s greatest asset – it’s people – first.

“The experience of living and working through a global pandemic has had a profound effect on us all and presents an opportunity like no other to reimagine the future and make it happen.”