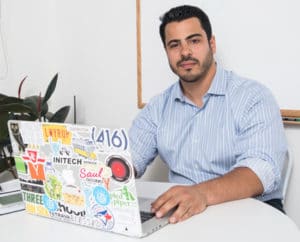 ROSS Intelligence, the artificial intelligence (AI) legal research technology built on IBM’s Watson cognitive computer, has announced its first commercial partnership – with one of the largest law firms in the US.

AmLaw 100 firm BakerHostetler, which has more than 940 lawyers in 14 offices across the country, will use the product in its bankruptcy, restructuring and creditors’ rights practice.

The practice has almost 50 attorneys. It is court-appointed counsel to the trustee overseeing liquidation of the company at the heart of the Bernard Madoff scandal. Some 600 lawsuits seeking the return of fictitious profits and fraudulent transfers have seen more than $7bn (£4.86bn) distributed under the Madoff Recovery Initiative so far.

The deal has raised eyebrows among some US commentators, because global law firm Dentons – whose NextLaw Labs business accelerator is an investor in ROSS – has not yet announced a commercial licensing agreement. Dentons has reportedly said it is interested in licensing the ROSS technology, but is in no hurry.

It is understood that other law firms have reached agreements with ROSS. Its chief executive and co-founder, Andrew Arruda, said yesterday: “We are happy to announce BakerHostetler as one of our first commercial partners. I told Legal Futures that commercialisation was closer than expected about five months back and here we are.”

We reported in March that ROSS, which is based on AI that enables lawyers to query a vast legal database using natural language questions, had opened access to the product beyond its initial test group of law firms.

However, BakerHostetler was a member of the test group. “[The firm] has been using ROSS since the first days of its deployment,” said Mr Arruda.

BakerHostetler’s chief information officer, Bob Craig, said: “We are proud to team up with innovators like ROSS and we will continue to explore these cutting-edge technologies as they develop.”

As well as allowing lawyers to ask ROSS research questions in normal speech, ROSS also monitors new court decisions that can affect a case. The program ‘learns’ from the lawyers’ responses in order to refine future results.