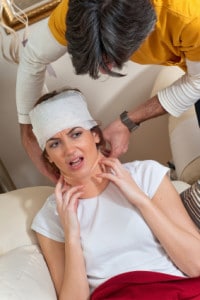 Injuries: call for penalties if notification is late

The government should consider strengthening the fining powers of the Solicitors Regulation Authority and lowering the burden of proof in cases that reach the Solicitors Disciplinary Tribunal as part of the reforms needed to combat insurance fraud, a major report has recommended.

The Treasury-commissioned Insurance Fraud Taskforce also called on insurers to cut down on pre-medical offers and to defend cases where they believe the claim is fraudulent – rather than making a commercial decision to pay them off.

In a wide-ranging review of the steps needed to step up the fight against insurance fraud – which highlighted the overall need to improve consumer trust in the insurance sector as its first recommendation – the taskforce said that “although the vast majority of claimant solicitors are honest and competent, fraudulent claims often require the involvement of a solicitor”, either deliberately or inadvertently through incompetence

“It is alleged that there are even some cases where law firms are set up by criminal gangs to assist them in their scams,” the report said.

The taskforce – whose members were drawn from the insurance industry, the Financial Ombudsman Service, the Financial Services Consumer Panel and Citizens Advice – found that many stakeholders criticised the SRA, “saying it is not doing enough to take enforcement action against solicitors involved in fraud”.

It said: “One issue that stakeholders, including solicitor members of the working group [which advised the taskforce specifically on personal injury fraud], commonly raised is that the SRA Handbook does not stipulate what checks claimant solicitors are required to carry out for their clients in PI cases.

“The SRA has stated that although appropriate fraud protection and anti-money laundering checks are not stipulated, they are implicitly covered by their general principles.”

Another common criticism was that the SRA has not enforced the referral fee ban “as effectively as it could”.

It urged to SRA to take a “tougher approach” on both of these issues.

In turn, the SRA raised its longstanding argument about bringing its power to fine law firms and their staff without the need to send them to the SDT – currently capped at £2,000 – in line with its statutory power to fine alternative business structures £250m and individuals working within them £50m.

The taskforce recommended that “the government should consider strengthening the fining powers of the SRA for fraudulent or corrupt activity”.

It noted that while the SDT has unlimited fining powers, the tribunal considers cases on the basis of the criminal standard of proof. “That makes it difficult to impose high financial penalties and more importantly means that those who are dishonest on the balance of probabilities (the civil standard of proof) can continue to practise. This undermines the strength of the regulator, and means its enforcement actions may not act as a credible deterrent.

This led to the recommendation that the government should consider reviewing the standard of proof at the SDT.

The taskforce also called on the SRA to make greater use of its ‘naming and shaming’ powers.

But equally it recognised the “difficult task” of the regulator in identifying the small minority of solicitors and firms operating a corrupt or fraudulent business model given the size of its regulated community.

“The SRA has limited resources and such firms may not be obvious to SRA as part of its normal supervisory activity. Insurers have access to intelligence and data which, if shared with the SRA, would make them much more effective in identifying and challenging fraudulent firms. Discussions are already underway between insurers and the SRA regarding how to share information about law firms suspected of insurance fraud.”

Another recommendation was that the claims notification form used to submit a case to the electronic claims portal should require solicitors to disclose details of the referral source.

“Requiring firms to disclose referral sources would allow insurers to identify those from ‘claims farmers’ and other questionable sources and scrutinise the claims more closely and refer dishonest solicitors to the SRA,” it said.

A further recommendation concerned frauds where solicitors act without genuine instructions in order to take forward a claim.

“As a result some insurers and defendant solicitors contact claimants directly to ask them whether they have instructed legal representatives, despite being unsure about whether this is permitted.

“The SRA has confirmed that this behaviour is permitted as long as the approach is ‘appropriate’ and ‘proportionate’.”

The taskforce recommended that the Association of British Insurers, in conjunction with the Insurance Fraud Bureau, should produce guidance to its members setting out what forms of direct contact is acceptable where they suspect that legal representatives are acting without instruction, and that claimant and defendant representatives – working with the SRA and bureau – should produce a standard letter for insurers to send to claimants directly to verify whether they have instructed a firm to represent them.

The report briefly touched on the question of insurer-owned alternative business structures. “This is not a topic where the taskforce considers it appropriate to make any recommendations. However, the taskforce does observe that it may be difficult to make a case that the current legal system operates in a prejudicial way whilst at the same time seeking to exploit it.”

On pre-medical offers, the taskforce said that while they could be viewed as “rational commercial decisions” when taken alone, “systematically settling claims in these ways can encourage the view that insurance fraud is ‘easy money’, undermining anti-fraud activity elsewhere in the organisation”.

Given the creation of MedCo to make the medical evidence process more robust, it continued, “the taskforce considers there is a strong case for insurers to reduce the number of pre-medical offers”.

The report said the insurance industry as a whole should consider following those insurers that defend all court proceedings where they suspect the claim is fraudulent.

“They balance the short-term additional costs against the longer-term benefits of discouraging fraudulent claims. Some obtain ‘fundamental dishonesty’ decisions meaning that the claimant has to pay the defendant’s costs. This sends a clear warning to those considering submitting exaggerated and fraudulent whiplash claims.”

Among the other key recommendations in the report were: