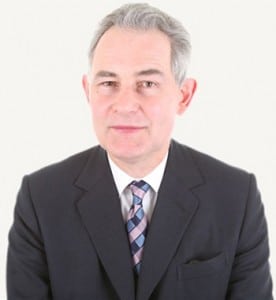 The first female president of the Law Society, the former senior partner of City giant Allen & Overy, a former chairman of the Bar Council, and a media lawyer personally rewarded by the Queen, are among those from the legal world recognised in this year’s New Year’s honours.

Carolyn Kirby, who headed the society in 2002-3 and is still a member of its council, was awarded an OBE for services to justice and cancer care in light of her roles as president of the Mental Health Review Tribunal for Wales – a post she has held since 1999 – and chairman of Cancer Information Support Services in south-west Wales.

Guy Beringer headed Allen & Overy between 2000 and 2008, and received a CBE for services to export finance and pro bono work in the legal sector. Since 2010 he has been the non-executive chairman of UK Export Finance, the government’s export credit agency, and chairs the Legal Education Foundation, a charity set up from the proceeds of the sale of the University of Law.

He is also co-chair of the Bingham Centre Appeal Board, a trustee of the British and Irish Legal Information Institute, patron of Surrey Law Centre, and an honorary bencher of Inner Temple. He was appointed an honorary QC in 2006 for his contributions to pro bono and legal services.

A current senior partner, Gerrard Tyrrell of London firm Harbottle & Lewis, became a Commander of the Royal Victorian Order (CVO). A major figure in the world of media law, Mr Tyrrell was already a member of the order – which is appointed personally by the Queen to recognise those who have served her in a personal way – for his involvement in the concerts that marked her Golden Jubilee in 2002.

A CBE went to Tim Dutton QC of Fountain Court Chambers, who chaired the Bar in 2008. He was head of Fountain Court until 2013. Also a Recorder and deputy High Court judge, he is the Solicitors Regulation Authority’s ‘go-to’ QC for regulatory matters that end up in court. He was recognised for services to the UK legal system.

Christopher Stephens, chairman of the Judicial Appointments Commission, received a CBE for services to the judiciary.

The Hon Nicholas Forwood QC, who stepped down as the UK’s judge at the European Court of Justice in October after 16 years on the bench, was knighted. He has returned to Brick Court Chambers as a door tenant.

Solicitor Katrina Robinson, head of legal at Viridian Housing and chair of the Tenancy Fraud Forum, received an MBE for services to social housing.

His Honour Michael Findlay Baker QC, DL, formerly resident judge in St Albans Crown Court and deputy circuit judge, received a CBE for services to the administration of justice and to the community in Hertfordshire.

Rob Behrens, chief executive and independent adjudicator of the Office of the Independent Adjudicator for Higher Education, received a CBE for services to higher education. He is also a lay member of the Bar Standards Board, and was previously its complaints commissioner,

The man who has shaped family justice reform in recent years as head of a major review of the system and chair of the Family Justice Board, David Norgrove, was knighted in recognition of both this work and his role as chair of the Low Pay Commission.

Conservative MP and barrister Henry Bellingham – who was a shadow justice minister between 2006 and 2010 – was knighted for political and parliamentary service, while Labour chief whip Rosie Winterton, who began her ministerial career in 2001 as a junior minister at what was then the Lord Chancellor’s Department, became a dame for the same reason.