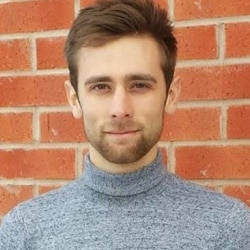 Shakh: technology can make wills a lot easier to produce

Machine learning could be used to explain even the most complicated and obscure wills in plain English, a software entrepreneur has predicted.

Seb Shakh, founder of will-writing software firm WillSuite, said another development over the coming years could be the use of chatbots to handle routine enquiries.

Mr Shakh, whose company provides the only software platform recommended by the Society of Will Writers, said: “You could have a service where a will could be scanned in and it could take the old-fashioned language and explain it in a simpler way.

“Executors might not be able to understand it properly and the service could explain it to them in a plain English.”

Mr Shakh, who obtained a machine learning ‘nanodegree’ from online university Udacity, said the main challenge for such a system would be getting get hold of enough data for the AI application to be properly trained.

On chatbots, he said: “Most will writers have very simple websites and a simple chatbot could answer some predictable questions.”

Mr Shakh is working with around 150 will-writing firms which have signed up for the latest version of WillSuite since its launch in March 2017.

Another 120 firms have signed up for the latest version of the Society of Will Writers Sure Will Writer software, launched last month. Among them are a small number of solicitors’ and accountancy firms.

Mr Shakh, aged 25, said he first became interested in the industry while working next to a firm of will writers in Burton-on-Trent three years ago.

“We did their website and got to know the directors. They were running an old computer system, but they said they couldn’t upgrade it because it was running their will-writing software.

“Apart from DPL, which is used across the world, it looked as though if there was very little competition out there.”

Mr Shakh, director of his own company, PointBold, set up WillSuite with a friend, who was also a programmer, in 2015. Before setting up WillSuite Mr Shakh had helped launch a health and safety software business, but had sold his shares.

Now he said WillSuite had reached the point where it needed new investment, new staff and bigger offices.

“In the near future, wills will continue to be made by solicitors and will writers but technology can make them a lot easier to produce. They will also be cheaper in the long run.

“The number of people making their own wills is likely to go up, aided by technology and apps. They are probably better off with a DIY will than no will at all.

“The problem is liability, and particularly where trusts are involved, people are worried about what might happen if things go wrong. There will always be a need for the human element.”