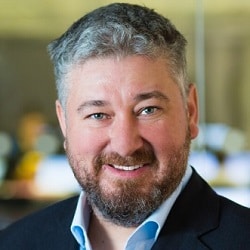 Jaggard: Perfect foundation for our ambitions to grow along the M62 corridor

It said the deal marked the first stage in its strategy to develop its presence beyond the South of England and will also provide impetus for the growth of its consultant solicitor operation in the region.

FDR Law – formerly known as Forshaws Davies Ridgway – offers a broad range of private client and business law services across the North-West. It has five partners among 24 qualified lawyers, and 55 people in total. FDR Law will retain its brand and management team.

Taylor Rose MW is now a £70m business with over 1,000 people following this acquisition and McMillan Williams last year, split between 31 offices around the country and its consultancy proposition.

In March, it said it was eyeing up further acquisitions and office openings over the coming year after receiving investment totalling nearly £5m.

The firm said the aim was to grow the scale and scope of FDR’s operations across the region, through further mergers and acquisitions, developing areas of practice – in particular conveyancing – and “investing heavily” in business development.

Taylor Rose MW’s offices are concentrated in Southern England, and particularly the South-East, although it does have offices in Manchester and Workington, Cumbria.

“It provides a perfect foundation for our ambitions to grow along the M62 corridor as we build a national network to support both our traditional law firm operation and our fast-growing consultancy business.

“After the successful integration of McMillan Williams, we are now looking to make Taylor Rose MW an even more significant player in the consumer law market than it already is.

“The North-West has a heavy concentration of both lawyers and firms, and at a time when the market is changing, we offer something unique to those who want to find better ways to operate.”

FDR partner Margaret Evans said: “We have made the decision to join the Taylor Rose MW group from a position of strength but also in recognition that the legal market is consolidating.

“We can see significant opportunities to grow our business with the support, know-how and muscle that Taylor Rose MW brings, and also provide a home to the growing band of lawyers who are looking to practise as consultants but without the hassle of having to set up their own firms.”

Taylor Rose MW is unique in running such a large consultancy operation within a more traditional practice structure and it is on track to contribute 40% of the firm’s revenue this year.

Consultants source their own work but also receive referrals from Taylor Rose MW, working from its offices too if they want.

Martin Arnold, managing Partner of Wedlake Bell, said: “The merged firm will enable us to enhance the offering to our clients in some of our core business areas – notably insolvency and restructuring, disputes, commercial property and private client.

Frances Coulson, managing partner of Moon Beever, said the deal “opens up enormous potential for growth at a time of unprecedented change”.

In the Thames Valley, Gardner Leader and Clark Holt are merging to create a £12m turnover firm with offices in Swindon, Newbury, Thatcham, Maidenhead, Windsor and London.

The combined firm, operating under the Gardner Leader brand, will have nearly 160 staff with the addition of the 15-strong Clark Holt team.

Philip Humphreys and Jeff Jenkins, the shareholders in Clark Holt, a specialist corporate and commercial practice, will become equity partners.

Gardner Leader managing partner Derek Rodgers said: “Our two firms have had a very close relationship for many years, with Gardner Leader assisting many Clark Holt clients when they had needs outside the core Clark Holt specialisms.

“We know that their approach, ethos and culture are a great match for our own.”

Mr Humphreys said that, following an approach from Gardner Leader, “we felt that the time was now right to take the ‘best-friend’ relationship we have had with them for some time to the next stage”.

He continued: “We believe that this will enable us to more easily access wider markets alongside our new colleagues and provide a wider range of services to our clients.”

In the South-West, WBW Solicitors is to merge with Beviss & Beckingsale, with the latter’s four offices in Devon and Somerset adding to the former’s eight in Devon and Cornwall. The combined firm will have more than 300 members of staff.

The new firm, offering a range of private client and commercial law services, will be called WBW incorporating Beviss & Beckingsale from 1 September.

Four-office West Sussex firm Wannops has expanded across the South Coast by merging with criminal law firm Rowe Sparkes Partnership, which has offices in Southsea, Southampton, Portchester and Bournemouth.

Wannops has more than 50 lawyers, while Rowe Sparkes – which wanted to expand the range of services it could offer – has three directors and 16 employees.

South Wales firm Hutchinson Thomas has acquired Simmonds Hurford in Swansea, strengthening its offering in property, probate and commercial work and giving it another office in the city.

Partners Michael Simmonds and Helen Hurford join as consultants, along with four members of staff.