M&A on the up among mid-sized firms, says survey, as Manchester firm faces administration 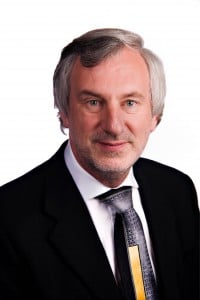 Seymour: positive negotiations with a number of interested parties

More mergers and acquisitions among mid-sized law firms are starting to happen, new research has indicated, on the day that well-known Manchester firm Linder Myers filed its intention to appoint administrators ahead of a possible sale or merger.

According to the latest six-monthly survey by Andrew Otterburn of the Law Consultancy Network, there was an increase in the number of mergers in the second half of 2013, as well as “significant” growth in the general level of discussions between firms.

Nearly a quarter of the 37 mid-sized firms polled had merged in that time, with around the same number anticipating a deal during the coming year. For firms of 10 or more partners, however, the figures grew to 50% and 42% respectively.

Three-quarters of firms had made or received an approach in the second half of 2013.

The firm has offices in Manchester, Lancashire, Shropshire and Chester and employs 260 staff and 51 partners, posting a turnover of £18.7m for the year ending 30 November 2013.

Managing partner Bernard Seymour said: “The increasingly challenging environment in which law firms are operating has made trading very difficult in recent years.

“Following a successful period of growth at Linder Myers, the last few months and the Christmas period in particular, proved difficult and we have taken the decision to file an intention to appoint administrators in order to protect the business and our valued employees and partners.

“We are currently having positive negotiations with a number of interested parties with a view to either selling the business or merging with another firm. Linder Myers’ clients will remain unaffected as business continues to trade as usual.”

For its 2011-12 financial year, the firm – a broadly based practice which has been in existence since 1922 – attributed much of its 57% increase in revenue (then to £15.9m) to a series of mergers and acquisitions: Manchester firm Rowland Field Cunningham (December 2011), Shropshire’s Turnbull Garrard (April 2012), SNG Commercial Law in Manchester, Senior Calveley in Lancashire and Cheshire firm Drummonds (all autumn 2012). The firm’s profit margin also increased to 27% in that year. Last September, it picked up Lancashire’s Dickson Haslam in a pre-pack.

Separately the firm this week scored a significant victory in a High Court case that found a client’s loss of mental capacity in the course of proceedings does not automatically terminate their solicitor’s retainer (see full story on Litigation Futures here).