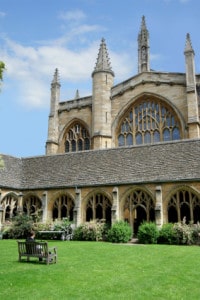 Studying law at the London School of Economics and Oxford University are the best for men and women respectively in terms of their career earnings, ground-breaking new research has found.

By contrast, men graduating in law from Bradford University and women from Anglia Ruskin fared the worst.

The objective of the report by the Institute for Fiscal Studies (IFS) was to identify the impact of different degree subjects and institutions on graduate earnings.

Researchers used a new dataset of school, university and tax records created by the Department for Education and controlled for GCSE results, class, region and ethnicity.

The figures are based on students graduating between 2008 and 2012 and looked at how they were doing five years after leaving university.

The rest of the top 10 were Bristol, Durham, King’s College London, Manchester and Nottingham.

The researchers stressed: “These results focus solely on the earnings returns to different degrees and there are clearly many other important outcomes which factor into students’ higher education decisions and the evaluation of universities.”

The BBC has produced a facility to search the findings by degree subject. Click here [1].