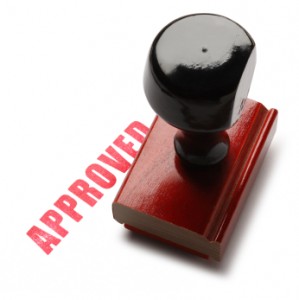 Approval process: LSB ready to step in if no regulator is fit to oversee ABSs

The Legal Services Board (LSB) is making contingency plans to regulate alternative business structures (ABSs) itself if none of the current approved regulators are up to the task, it has emerged.

The LSB’s 2010/11 business plan, published today, says that it will scope out the requirements for direct licensing during the summer and then in the last quarter of 2010 determine whether potential ABS licensing authorities are progressing sufficiently. If needed, the LSB will consult on its own licensing rules in the first quarter of 2011 ahead of the plan to allow ABSs from 6 October 2011.

Under the Legal Services Act, the current approved regulators are required to apply for a licence from the LSB if they want, in turn, to license ABSs, and the business plan says the LSB will build its own capacity to consider these applications. The Solicitors Regulation Authority, Council for Licensed Conveyancers and Institute of Legal Executives (ILEX) have all expressed an intention to become licensing authorities.

On other issues, the business plan reveals that the LSB will not consult on the decision framework for making a legal activity reserved until the last quarter of 2010. In the meantime it plans to understand the costs and benefits of regulating currently unreserved legal activities, identify criteria for determining whether an area of advice should be regulated, and undertake an initial review of the existing regulatory frameworks for claims management and immigration and asylum so as to inform its approach.

The timescale is likely to disappoint those campaigning for will-writers to be brought into the regulatory net quickly.

As part of its work exploring the limits of current regulation, the LSB says it will also consider how the protection of title affects the market, but makes no commitment to take specific action on this point. ILEX has long pushed for protection of the title ‘legal executive’ to Fellows of the Institute, while the Association of Law Costs Draftsmen argues that only members of the association should be able to call themselves costs draftsmen.

The LSB will also issue a consultation on a “coherent approach to referral fees in the legal services market” in the summer. The Legal Services Consumer Panel is set to publish its verdict in the second half of May.

Other activities during the next year include all the approved regulators submitting, by the end of this month, action plans for ensuring that they meet the LSB’s internal governance rules – focusing on the proper separation of regulation and representation – and a range of work around complaints, with the Legal Ombudsman opening its doors by the end of the year. As a first step, the approved regulators have been asked to conduct an assessment of how well their members handle complaints.

The business plan also shows that the LSB’s running costs, which are recouped from the approved regulators, are estimated to stay steady at around £5 million for the next three years. However, if the board did have to take on direct regulation, or use its enforcement powers, this will increase.