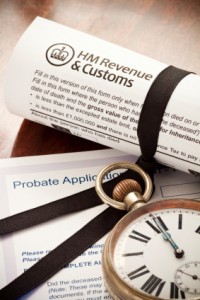 Is LSB focusing on probate and other ‘easier’ issues?

The Legal Services Board (LSB) should not put the needs of business users of the courts before the “most vulnerable and disempowered”, the Bar Standards Board (BSB) has argued.

Sir Andrew Burns, chairman of the BSB, said the super-regulator’s draft strategic plan for 2015-18 gave the impression of giving more attention to people with property law problems, probate issues or small business claims “at the expense of those struggling to be heard in the family, criminal and immigration courts”.

He argued that the position of the “most vulnerable and disempowered consumers” was “substantially underplayed and, as a result, regulatory action to meet better the needs of that segment of the market in future features less strongly in the plan than we would wish to see”.

In contrast, Sir Andrew said the needs of business users of legal services appeared to be prioritised.

“Both are, of course, important, but the fact that the latter are likely to be more tractable than the former should not deter the LSB or the frontline regulators from the challenge.

“Put more bluntly, neither the LSB nor the BSB should put responding to the significant impact of the changes to legal aid into the ‘too difficult’ box.”

Sir Andrew said he believed that enabling the need for legal services to be met more effectively was more important than breaking down barriers to competition, growth and innovation.

“In our view, much has already been done to break down barriers to competition, growth and innovation and the supply side of the market needs time to take up the opportunities now on offer, including with appropriate assistance from their relevant front line regulators.

“At the BSB we want to be able over the next few years to consolidate the many changes we have put in place very recently or which are in the pipeline, and not be distracted from our core mission by needing to respond to, for example, a thematic review that we have not chosen to undertake ourselves, or re-engineering once again our regulatory arrangements to align with new benchmarks from the LSB.”

Sir Andrew added that there were a “small number of places” in the LSB’s draft business plan for 2015/16 where the ambitions were “clear and specific, but look wholly unrealistic to deliver within the time and resources available”.

As an example, he gave the LSB’s research proposals, which include a large-scale survey of consumers’ legal needs, research on unregulated providers and into restrictions on indemnity insurance providers.

Sir Andrew added that the work on choice of insurer risked “seeing the LSB acting in a sphere where it has no locus. It is not a regulator of the insurance market and has no role in promoting competition in that market”.