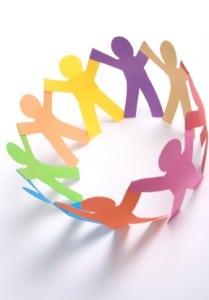 Regulators need to do more with the diversity data they now collect in order to drive improvements in recruitment and particularly progression and retention within the profession, the Legal Services Board (LSB) will shortly say.

But the LSB has also acknowledged that it must be “realistic” about how quickly the regulators can improve their record on gathering diversity data.

The LSB is to publish a review of the regulators’ progress against its 2011 guidance on diversity data collection and transparency, and a draft of it went before last month’s meeting of the board.

Recently released board papers said a focus of the review was on “the need for regulators to do more both analytically and presentationally with the data to ensure that firms and chambers are accountable for their decisions on recruitment, promotion and retention, and the cultural values impacting on this”.

The minutes of the meeting added that the board acknowledged that data collection was only the starting point, “and the LSB needs to inject a sense of urgency into the debate. It was suggested that the report should be explicit about the expectations on regulators, and include a description of what the LSB considers good practice to be”.

More broadly, the review recognised that improvements continue to be made in data collection, and there were “a number of positive examples of the progress that has been made by regulators in approaching diversity as a regulatory issue; for example the Solicitors Regulation Authority and Bar Standards Board published equality standards”.

At the same time, the LSB said the regulators needed to balance “many other priorities” and it “must be realistic at the pace of change that can be expected with this longstanding challenge” to the profession.

“This is not to avoid or downplay the importance of diversity, but to recognise that while keen to see progress, the LSB must be realistic as to the speed change can happen at.”

The LSB was told that “there has been a vast increase in the information available across a range of diversity characteristics. In particular data on the socio-economic background of legal services professionals has improved greatly. This is of huge importance in understanding and tackling the social mobility challenges in the both the legal sector and wider economy”.

The LSB said the improvements in collection meant that a “sector-wide diversity data set” could now be produced, which it would publish alongside its report on its second review.

Meanwhile, in a report on regulatory standards, the LSB meeting was told that the regulators were still not doing enough research on the needs of consumers.

“Despite positive moves to understand the markets they regulate, most of this has focussed solely on the supply side (i.e those they regulate).”

The LSB said “very little” appeared to have been achieved in engaging and understanding the needs of consumers.

The super-regulator added that “reform to reduce the amount of detailed rules that apply to practitioners” had also been “uneven” and it was not clear that all the regulators had “appropriate governance and management processes” to deliver the changes they were committed to.