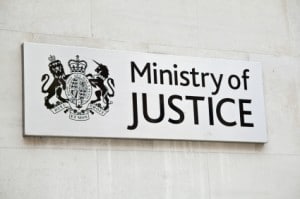 MoJ: too early to consider any radical changes

The Legal Services Board (LSB) is likely to survive the government’s triennial review of its functions largely unscathed, despite a series of attacks from those it oversees, it has emerged.

The Bar Standards Board [2] and the Law Society [3] were particularly critical of the LSB in their responses to the review, calling for it to be scaled back and even possibly abolished in a few years’ time.

However, recently released minutes of the LSB’s March board meeting – at which the review was discussed with senior Ministry of Justice (MoJ) official Abigail Plenty – reveal that MoJ was of “the initial view that it was too early to consider any radical changes”.

The conclusion was likely to be that the LSB should continue to exist in its current form but should be ready to move from ‘implementation stage’ to ‘steady state’, with an acknowledgement that the dynamic state of the market – including alternative business structures, the Jackson reforms and legal aid changes – was “likely to significantly impact the regulatory environment in the short to medium term”.

Questions had been raised in workshops about the current set-up, however, such as whether the boundaries of regulation were right; whether there were flaws in the founding legislative architecture; the potential for micro-management by the LSB; duplication of the roles of the LSB and the approved regulators; and the future landscape and what it would mean for the LSB.

There were similar questions in relation to the Office for Legal Complaints (OLC) – the formal name for the Legal Ombudsman – and also discussion over whether there remained a need for an OLC board as distinct from the LSB board. However, the minutes reported that on further probing, the criticism around resourcing two separate boards had “fallen away”.

The Legal Services Consumer Panel is also under the microscope, and the reaction to its role was said to be positive, although there were issues around the panel’s visibility and the Department for Business, Innovation and Skills’ plans to transfer most consumer advocacy functions [4]to Citizen’s Advice.