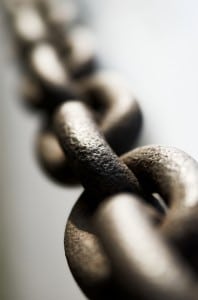 Corporate chain: how far up should a licensing authority go?

Plans to simplify the approval process for non-lawyer owners of alternative business structures are being considered by the Legal Services Board (LSB), it has emerged.

The approval process under schedule 13 of the Legal Services Act 2007 has proven difficult in some cases – especially where private equity investment is involved – with the Solicitors Regulation Authority (SRA) unsure about how far up the corporate chain it must go in carrying out ‘fit and proper person’ checks.

Even though existing LSB guidance tells ABS licensing authorities that it expects them to implement the ownership tests in a proportionate way, so as to ensure they do not unduly restrict the different types of ABS ownership, newly released LSB papers acknowledged that the requirements in the Act are still “detailed and extensive”.

For example, eight criteria determine whether a “qualifying interest” is held – relating to shareholdings and voting power – either individually or together with associates. Fit and proper person testing may call for the assessment of the parent undertakings and their owners, plus a person’s associates, which is extensively defined to include, among others, some immediate family members, employees, associated undertakings and their subsidiaries.

The Lord Chancellor has the power to amend certain parts of the Act by order – such as what qualifies as an interest in an ABS, so that a non-lawyer holding it must be approved by the licensing authority, and who constitutes an associate of that individual for the purposes of assessing whether a “collective interest” exists.

We reported last September about the “nightmare” experience of north-east personal injury firm Winns in applying for an ABS licence. It was bought by two private equity funds, one of which is made up of investments from lots of other funds. This led to the SRA identifying hundreds of people whom it needed to look into as potential owners of the law firm.

Founder Jeff Winn said the list was narrowed down “a bit”, but in one case a woman had to travel home to Mexico for the equivalent of a Criminal Records Bureau check, and had required an armoured vehicle and bodyguards to do so because she was afraid of being kidnapped.

The LSB has begun a review “to establish the arrangements needed by licensing authorities to reasonably address risks presented in licensing ABSs without unduly restricting commercial activity”. This will lead to a consultation focusing in particular on those areas of schedule 13 that can be changed by the Lord Chancellor.

The LSB will also discuss with the licensing authorities issues which arise from their individual approaches, such as the application of discretion in applying the ownership tests.

The LSB will also look at the lessons to be learned from the financial services sector to help determine what safeguards needed to be kept in relation to “rare, but potentially high impact, cases of ownership risk”.