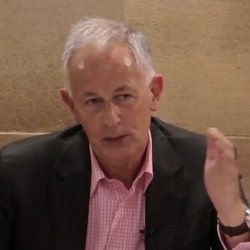 Brownsword: Regulators should be cautious about AI

Achieving buy-in for technology regulation from everyone involved in lawtech – from developers to users – is crucial to it working well, a new analysis has suggested.

It also stressed the importance of regulators consulting on proposed regulatory change and being willing to change course if necessary, depending on the responses that came back.

In February, Lord Keen, the Ministry of Justice’s spokesman in the House of Lords, said there was “room for review” of the legal regulation regime, made more urgent by the developments in technology.

The analysis looking at the lessons for legal regulators from the medical and financial sectors came in a podcast with academic lawyer and law and technology specialist Roger Brownsword, along with a paper he wrote to accompany it, published by the Legal Services Board as part of its new technology and regulation series.

In the first, international legal consultant Alison Hook examined the implications for regulation of legal technologies from examples around the world.

Mr Brownsword, professor of law at both King’s College, London, and Bournemouth University, acknowledged there was a limit to the overlap between regulation of legal technologies used to deliver consumer services and those of medicine – which was concerned mainly with patient safety – or financial services, which mostly concerned the risk of losing money.

But he observed that all regulators had a shared interest in promoting innovative uses of emerging technologies, on the one hand, and not forgetting their duty to protect consumers from potentially harmful effects, on the other .

In his paper, he described the basic challenge as “neither to over-regulate (impeding innovation) nor to under-regulate (exposing consumers to unacceptable risks)”.

In conversation he highlighted the ‘sandbox’ example perfected by the Financial Services Authority – a ‘safe space’ in which to test innovations amid enhanced scrutiny but without the usual regulatory penalties for technical breaches – as “a really clever way of trying to take account of interests of innovators [while] not neglecting the interests of consumers”.

But he conceded there was no guarantee that once outside the “controlled environment” of the sandbox, successful consumer protections would be maintained, since “in the real world maybe different variables come into play”.

The Solicitors Regulation Authority has borrowed the sandbox idea in the creation of an ‘innovation space’.

Discussing artificial intelligence applications in particular, Professor Brownsword advised regulators to “proceed with care” because the risks of the technology were still poorly understood.

In his paper, he suggested that in response to “generic challenges” facing all professional regulators, those in the legal sector should be “guided by a three-pronged general principle”, namely they should “ensure that practice and provision in their sector is lawful, socially acceptable, and geared for compliance and sustainability”.

In the podcast, he said this could mean hanging back and waiting to see if a technology gained traction in the market before weighing in.

“Time after time”, he said, in pursuit of better regulation regulators have been under pressure to develop a framework for emerging technology, but by the time they launched it “the technology has moved on”.

Giving examples of where buy-in with ‘stakeholders’ had been achieved, the academic pointed to the way insurers had tackled the regulation of genetic testing, so as to prevent the disclosure of a high-risk personal profile leading to adverse selection in insurance pools and leaving people uninsured or facing unaffordable premiums.

As an outside observer, he said, the code adopted by insurers on genetic testing appeared to manage the risk “pretty well”, while allowing the industry the flexibility to modify the code if conditions changed.

But he acknowledged that a code such as this required the “kind of close cooperation” which was hard “for the legal services regulators to emulate”.

A key to ensuring buy-in for regulation across the board was successful consultation, the professor said. This was particularly important “when you know you are on sensitive territory”.

However, it was vital to consult in good faith and, to some extent, be flexible based on what people told you, rather than just use the consultation as a persuasion exercise.

In the paper, he concluded: “A degree of humility is in order. Law, regulation and technology is still a relatively young field of legal scholarship and it is a field in which little stands still.