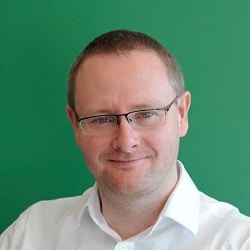 The Legal Services Board (LSB) is launching a formal review of the Bar Standards Board’s (BSB) leadership and decision-making in the wake of its controversial decision to stop funding the Legal Choices website.

The oversight regulator said the decision raised concerns over whether the BSB was making “sound decisions”.

In response, the BSB accused the LSB of turning “a straightforward disagreement about policy into a governance issue”.

Last autumn, Legal Futures revealed that the BSB had decided to stop funding Legal Choices, the consumer-facing website helping consumers to identify their legal needs and navigate the sector.

Set up in 2012, until last November it was collectively run and paid for by all the legal regulators.

The BSB pulled the plug from 1 November, saying it could best meet its aims to offer the public information about how to get legal help from barristers via its own website.

The LSB has made clear its unhappiness with the BSB, as has the Legal Services Consumer Panel and the Competition and Markets Authority (CMA), which made enhancing Legal Choices a key recommendation of its 2016 report on the legal sector and is revisiting the response to the report this year.

One of the five standards against which the LSB judges the performance of each regulator it oversees is governance and leadership.

Within this ‘Well led’ standard is ‘WL5’, an outcome requiring that the regulator’s board “considers its own effectiveness in ensuring the regulator is a well-led, independent, transparent, and consumer-focused organisation, which acts in a way that is compatible with the regulatory objectives”.

In its most recent assessment of the BSB’s performance last year, the LSB graded WL5 as ‘not met – action required’ – the lowest rating.

It gave the BSB until 31 January to deliver “detailed information including costed and specific deliverables which explain how the BSB proposes to fulfil its consumer obligations previously delivered through Legal Choices”.

In newly published correspondence, LSB chief executive Matthew Hill told his counterpart at the BSB, Mark Neale, that he was not happy with the material received.

He said it was of particular concern that the decision to withdraw from Legal Choices “appears to have been made on limited evidence, in the absence of a worked-up alternative plan and that there was a significant delay between the decision in March and the BSB informing the LSB, and are as far as we are aware, the CMA and other Legal Choices partners”.

He continued: “These concerns centre on the leadership and governance within the BSB in making sound decisions and acting in a way that is compatible with the regulatory objectives and particularly in the ways set out in the WL5 outcome of our performance framework.

“We must also look at your decision to withdraw funding from Legal Choices in the context of the impact on the other legal services regulators.

On top of this, Mr Hill said, the BSB had not explained how the public legal education strategy it has worked up to replace this investment would contribute to meeting the CMA recommendation, while the BSB was also planning to spend “substantially” less on the strategy than it did on Legal Choices.

As a result, the assessment against WL5 “must remain unchanged”, meaning “further action is now required”.

Mr Hill said: “We intend to prepare to carry out a full review of the BSB practices and procedures against the Well-led standard under our regulatory performance framework.”

This will include the LSB attending board meetings “to observe and assess how decisions are made”.

However, he said that, considering the current Covid-19 situation, the review would not start until the summer.

A BSB spokesman told Legal Futures: “As the LSB were informed earlier this month, the BSB very much regrets the LSB’s approach of turning a straightforward disagreement about policy into a governance issue.

“The BSB is a well-governed organisation. The board decided to take a new approach to public legal education after two full board discussions in March and September 2019 and after consulting stakeholders, including the LSB.

“The BSB’s preferred approach of working through partner organisations which are trusted and well used by the public is working. We will be reaching many more people at lower cost than we were achieving through Legal Choices.”

“The reviews are designed in pursuit of the best outcomes for consumers and the public more widely and we encourage regulators to engage constructively with them.”

He added that the LSB has also launched a similar review in relation the Faculty Office, which regulates notaries.

In last November’s assessments, the Faculty Office received ‘not met’ ratings in relation to WL3 (transparency of decision-making and performance) and WL4 (using learning to improve its work).

In a letter to Howard Dellar, registrar of the Faculty Office, Mr Hill said there were continuing concerns over its publication policy in regard to board papers, previous meeting minutes and agendas, the poor quality of its website, the failure to review its risk register for more than a year, and how a planned stakeholder engagement programme would feed into policies and decisions.