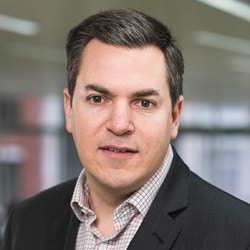 Brooker: LEI not a fix-all but it can help

Consumers who do not have legal expenses insurance (LEI) greatly overestimate how expensive it is and are missing out on its potential to fill some justice gaps, research by the Legal Services Board (LSB) has found.

Most consumers bought insurance through comparison websites and many dismissed ‘add-ons’ like LEI as “unnecessary additional expenses” – but they were keener on it once they understood the product better.

The oversight regulator sees LEI as one way to tackle some of the country’s unmet legal need and said today it should be promoted more widely.

Its 10-year strategy for the sector, published in March, said one ambition for 2031 was that “most households have an LEI policy or other mechanisms enabling them to access a wide range of legal services free at the point of need”.

Financial Conduct Authority research suggests around 15 million adults may have LEI but, since it can be a standard feature of home insurance, many people may not realise they have it or the scope of cover it provides; it is generally an add-on to motor insurance.

The LSB’s report was based on the views of a week-long online discussion forum with a demographically mixed group of 46 adults. Less than half the group, 19 consumers, said they had LEI. Three were unsure whether or not they did.

“Most of those who said that the sum was not affordable had assumed that the cost was £50 a year or higher,” the LSB found.

Many consumers “instinctively dismissed” add-ons like LEI “out of hand as unnecessary additional expenses”, which simply provided ways for insurance companies to make more money.

“Most people were buying their insurance through comparison websites in an effort to find the best value cover, and some were annoyed at the fact that the costs went up at this stage in the process.”

Among the minority who had LEI, the two main reasons for having chosen it were peace of mind and because they had, or knew someone who had, needed legal cover in the past.

“A small number also mentioned the fact that it was a relatively low-cost purchase which added to its appeal.”

The main barriers were not seeing the relevance of it to their lives, assuming it was not affordable, lack of trust in the policy paying out and lack of understanding of what it covered.

Most consumers were happy with the idea of insurers choosing a lawyer on their behalf – which has long been an issue of contention – describing choosing a lawyer as a “burden”, but a minority were concerned that lawyers “might not be up to standard” as a result of insurers trying to save costs.

Researchers concluded that once people were given more information on LEI, they generally found it appealing.

“They think it represents good value for money (it is cheaper than they expect) and covers a broader range of legal issues than they previously had assumed.

“Given this is the case, the way to increase take up of LEI may be to address the low levels of awareness and understanding.”

The research suggested that giving people information about LEI at the point of sale was not the best time.

“People tend to review their finances, including insurance cover, with big life changes (for example, new jobs, getting married, having children, buying a new home etc), so communicating information on LEI and its benefits at these points would potentially be when people would pay the most attention and may also have a greater aversion to certain risks – which could include legal disputes.”

For those people who did not have personal experience of the need for LEI to make a claim, the report said it may be better to highlight that LEI includes access to templates and helplines “which they may find more relevant and helpful in supporting and resolving these more minor issues without needing to appoint a solicitor and make a claim”.

Steve Brooker, policy development and research head at the LSB, commented: “While legal expenses insurance is not a fix-all, it has the potential to protect more people from unexpected legal costs and is cheaper and covers more issues than many consumers think.”

He said the LSB saw LEI and similar products as one of the ways to enable more people to access legal services free at the point of need.

“The insurance industry has a role to play in better promoting legal expenses insurance to consumers and building stronger confidence in these products,” he added.