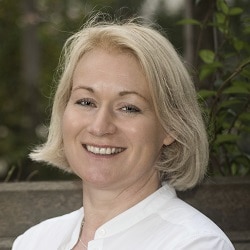 A key aspect of lawtech is its potential to help lawyers sell to consumers as part of a multi-disciplinary package that includes unrelated services, where the ‘legal’ part is invisible to the purchaser, according to a high-level analysis.

In the first of a series of podcasts from the Legal Services Board (LSB) looking at legal technology and regulation around the world, Alison Hook, a leading international legal consultant, suggested the UK market was lagging behind some other jurisdictions in consumer law.

Also, in an accompanying research paper on the impact of technology and what it might mean for regulation, Ms Hook advised regulators to intervene “proactively” in the sector and that taking a hesitant approach was probably a mistake.

Speaking on the take-up of technology in Europe, she highlighted services available to consumers in France and Germany, and to some extent the US, in which they “don’t start out thinking ‘I need a lawyer’”, but rather have a consumer problem, such as wanting a refund on a delayed flight.

The numbers taking up such services were “really impressive”, so much so they had rattled “traditional lawyers and their regulators” there, she said.

She said the development of similar services in the UK was less than she expected, given the general openness of law firms to technology.

However, she added: “There is real potential I think to see the market develop in such a way that consumers can access services which don’t take the legal bit in isolation from other needs they might have.”

Their problems might involve “a bit of financial services, a bit of therapy [and maybe] some medical help”, she said.

“So the more that legal services are permitted to operate in a multi-disciplinary environment and a multi-functional environment [where] law is simply something that’s embedded – that’s almost invisible to people that ‘this is the boundary’, that ‘now I’m getting a lawyer’ – the more accessible people will find it and the more legal services will be used.”

She continued that the challenge for the “next stage” was whether “artificial intelligence can take us to the next level where [law firms] are actually providing a more bespoke service”.

“It’s less about ‘we can commoditise this’ – it’s about how technology can provide people with a bespoke service but do it at a sufficiently low cost that it keeps the cost to them low.”

Elsewhere in the podcast, Ms Hook observed that technology adoption in the legal sector was “not very advanced” compared to other sectors, apart from in “pockets”.

In the US, legal tech was used by law firms primarily in relation to the courts and in the UK in relation to documents, such as contracts. However, in some areas it was “becoming much more innovative” and she could see this being extended “given the right conditions”.

In the research paper, among various recommendations to the LSB and regulators, Ms Hook urged that regulators “should… not assume that standing aside from legal tech to avoid interfering unhelpfully in a world of which they are uncertain, is necessarily the right answer”.

The LSB’s chair, Dr Helen Phillips, said: “As technology takes a greater role in the delivery of services to consumers, there are clearly huge benefits to be had in terms of access to justice, efficiency and consumer satisfaction.

“Chatbots, blockchain, smart contracts – all of these technologies have the potential to revolutionise the practice of law and make it easier for consumers to access and use legal services.

“As with all new developments, however, technology brings the challenge of how regulators should respond, along with questions of responsibility and ethics. As one of its… policy objectives, the [LSB] will work to ensure that access to legal services is increased through the promotion of responsible technological innovation that carries public trust.”