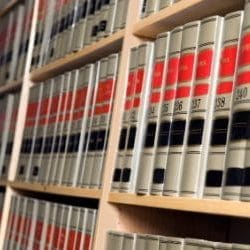 The Legal Service Board (LSB) might develop targets for improving the “legal capability” of consumers, in its first push on public legal education (PLE).

The review is one idea in a paper for last month’s LSB meeting on how to put the organisation at the “forefront” of improving PLE, one of the new policy objectives in its 2019/20 business plan.

Like other legal regulators, the LSB – a member of the Solicitor General’s PLE committee – has a regulatory objective in section 1 of the Legal Services Act of “increasing public understanding of the citizen’s legal rights and duties”.

It admitted in the paper that it has not done much on this until now, “reflecting other priorities and the perceived lack of direct connection between the LSB’s formal statutory role and PLE”.

But now there is “a more expansive understanding of how the LSB might contribute to PLE”, the oversight regulator said it could explore use of its “regulatory levers”, by launching a thematic review of regulators’ approaches to PLE and how they take this into account when developing regulatory proposals.

Another idea is to examine whether targets could be developed for improving the “legal capability” of members of the public to tackle problems when they arise and for reducing unmet need.

The goals were “increased consumer capacity to identify when they have a legal need and to know where to go and how to resolve it”, along with a legal sector that has PLE “embedded within it”.

The paper said work could begin by finding out from stakeholders such as the Legal Services Consumer Panel, the relevant teams at the Ministry of Justice and other members of the PLE committee where they thought the LSB could “add value”.

Responding to the LSB’s business plan, the panel emerged as the only organisation sceptical about its involvement, saying it was difficult to see how the board could add value.

Other organisations, including the Bar Council, Law Society and Solicitors Regulation Authority, generally supported greater involvement by the LSB.

In the paper, the LSB said it wanted to analyse and communicate PLE elements from its latest legal needs survey, due to be published next month, along with insights from its “back catalogue” of research.

The LSB said the focus of its PLE project should be on legal information and knowledge for the public, and not the education and training of lawyers or pro bono work.

“Although we recognise the role of pro bono as a channel for delivering PLE, the policy considerations around pro bono provision (such as claimed regulatory restrictions) are proposed to be out of scope.”

The paper added: “We want to avoid narrowing our focus at too early a stage based on perceptions or opinions rather than evidence.

“There is some evidence that just in time initiatives (advice to those with a specific problem) will have a greater impact than just in case (general information for future use).

“Legal advice and information is often delivered alongside broader consumer/life skills advice: we should be comfortable with this fuzzy boundary, as long as there is a component that is legal in nature.”

In the light of its research findings the LSB said it could “focus on particular groups of vulnerable consumers, more prone to low legal confidence and not taking action” due to a lack of knowledge, for example young people or those on low incomes.

“We could explore what can be learnt from other sectors (eg. health, financial services – including clustering of legal problems with other problems) and other jurisdictions.”

The LSB said it could also survey external PLE research, develop ways of measuring the impact of PLE initiatives and develop mechanisms to “help assure the quality of PLE”, in terms of its accuracy or timeliness.

Within the next six months, the paper proposed that the LSB should have identified where and how best it could be involved, published a summary and reflected on the policy implications of its next legal needs survey and returned to the board for an “update and further steer”.