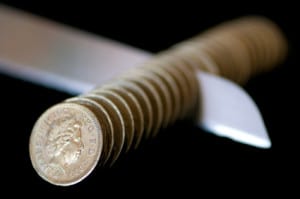 The Legal Services Board (LSB) has ditched plans to examine what it could do to enhance consumer protection for those who use unregulated providers, it revealed yesterday.

The result of the consultation on its draft business plan also revealed a significant cut in the LSB’s research spend, delivering an extra £150,000 reduction in its overall 2016/17 budget.

The draft business plan had talked about exploring measures to enhance consumer protection for those using unregulated providers, such as offering redress via the Legal Ombudsman.

However, following the consultation, the LSB said: “It is clear that this is an area that remains of considerable interest to all involved in legal services provision. We will shortly be publishing the outcome of the work we have done in 2015/16 to explore this area [which has included mapping the unregulated sector].

“In light of the findings, we do not expect to proceed further at this present time with additional work to extend the scope of regulation or regulatory protections. This decision takes into account the need for legislative reform to deliver real change for consumers and providers of these services and we look forward with interest to the outcome of the [Competition and Market Authority’s] market study.”

Many of the responses to the CMA’s recent call for evidence highlighted the issue of the unregulated legal market.

The board’s budget has dropped by nearly £1m since 2010/11, which it described as “a clear indication of the LSB’s commitment to securing efficiencies and avoidance of mission creep”.

Reacting to the Solicitors Disciplinary Tribunal’s charge that the draft plan gave “the overriding impression that innovation is viewed entirely positively and regulation entirely negatively”, the LSB said: “We agree that protection of the interests of consumers and the public is an important outcome for regulation. We balance these interests alongside the broader list of regulatory objectives and other desirable outcomes for society such as service innovation and growth.”

The LSB’s response to the consultation also included a dig at the Bar Council, whose consultation submission highlighted its opposition to any move towards further regulatory independence and stated, the LSB recorded, that there was “no convincing evidence” of the Bar Standards Board being hampered by the Bar Council.

The LSB said that, while the government looked at the issue, it would “remain alert to the important principle of independence of regulation from representative interests, as highlighted by its 2013 investigation into the Bar Council’s failure to act at all times in a manner compatible with the principle of regulatory independence”.

In addition, the response addressed the argument that law firms that switch regulator should not be forced to buy six years of run-off insurance cover, because it acts as a disincentive.

“It is our view that collaborative action between regulators is likely to resolve the issue in a timely and proportionate manner. Given the prospect of regulators working together to identify solutions, and the absence of sufficient evidence to support the LSB taking specific action on this topic, we will not pursue this work stream in 2016/17.”

The final version of the business plan can be found here.