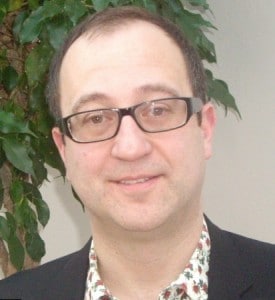 Passmore: lawyers confuse what is in the public interest

The influence of lawyers and professional bodies on their frontline regulators is the biggest risk to independent regulation in the law, the strategy director of the Legal Services Board (LSB) has claimed.

Crispin Passmore said a combination of factors led him to “worry how independent regulation actually is” – although he was clear that the LSB itself has not had a problem with its independence from government.

Speaking to the Regulatory Policy Institute, Mr Passmore said there remained a significant hangover from the days of self-regulation, such as resistance to the removal of barriers to entry, a focus on titles rather than risk, “a hierarchy of ethics and goodness with lawyers at the top [and] non-lawyers further down” and “a confusion as to what is in the public interest”.

He added: “As an aside, I am always surprised how often the public interest as put forward by some parts of the legal profession appears, amazingly, to coincide with the profession’s particular interests.”

This manifests itself in large numbers of lawyers from each sector of the market dominating the top end of their regulator, “cultural ties and norms” from that part of the market, and the regulators still being accountable to their “master” professional body.

Mr Passmore noted that some of the regulators and professional bodies think the LSB is too close to the government and consumer interests. “And they are not afraid of telling government so – you may spot an irony in the legal profession that asserts its independence so strongly quietly asking government to reign in an independent regulator.”

He pointed to decisions with which the government has disagreed – such as over referral fees – and the fact that it has not responded to the complaints from the regulators and professional bodies as evidence that the LSB “isn’t captured by government”. He argued that instead the LSB is subject to “proper public scrutiny and accountability”.