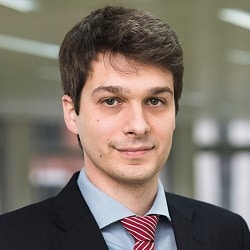 Legal regulators will have to explain more clearly how they spend their practising certificate fees (PCF) under revised rules proposed by the Legal Services Board (LSB).

The LSB said this was particularly true of the money they are allowed to levy for non-regulatory representative activities – known as ‘permitted purposes’ under section 51 of the Legal Services Act – such as law reform, practice management advice and the promotion and protection of human rights.

There has been a rumbling debate over recent years over whether bodies that carry out both regulatory and representative functions – like the Law Society and Bar Council – should only be allowed to raise money for their representative work on a voluntary basis, but the LSB proposals do not go that far.

The oversight regulator, which approves the level of each regulator’s PCF, said that when assessing PCF applications for the last two years, it had identified areas of “potential improvement”.

One was the need for clarity on how approved regulators and their regulatory bodies managed their reserves.

Another was the need for more focus on “meaningful equality and regulatory impact assessments”, as well as “meaningful consultation and engagement with the regulated community” on the proposed level of the PCF and the activities it would fund.

Under proposed new rules published by the LSB in a consultation paper, regulators will have to justify “all elements” of the PCF.

The LSB said some of the permitted purposes were “less clearly defined than others”, in which case regulators would be expected to explain “in more detail” how an activity would support a permitted purpose.

Where bodies intended to apply part of the PCF to an activity that had multiple purposes, one of which was not a permitted purpose, they would have to explain why it could not “be delineated to only be applied for permitted purposes”.

Instead of requiring regulators to provide income and expenditure forecasts for the next three years only where the PCF was due to be increased, the revised rules would require them to supply it every year.

“This horizon will provide a better opportunity to engage the regulated community and others in a more meaningful debate on the costs, benefits and value of regulation, which should lead to improvements in standards across the sector,” the LSB said.

“It will also allow the LSB to make a more informed evaluation of the approved regulator’s financial position.”

The LSB said that although all regulators generally consulted annually on the PCF, “most failed to adequately engage the regulated community which was evidenced, in part, by the overall lack of responses to the consultations”.

This year’s consultation by the Law Society received just 224 responses – there are nearly 150,000 practising solicitors – but this was still a record for its PCF consultations over recent years.

Under the revised rules regulators will be required to consult “effectively” with their professions.

The LSB said it would consider how the regulator had “endeavoured to engage with and consult its regulated community”, rather than “only taking into account the number of responses received”.

The LSB said regulators had either not conducted equality impact assessments before increasing their PCFs or carried out a “very limited assessment”.

Chris Nichols, regulation and policy director at the LSB, said: “Practising certificate fees are a mandatory cost of regulation. It is crucial that those being required to pay these fees can see where their money goes and are empowered to satisfy themselves that this represents value for money.

“Encouraging a meaningful discussion on these issues – between approved regulators and those who pay their fees, as well as with the LSB as oversight regulator – should be a powerful driver for ongoing improvement in standards across the sector.”