LSB: criminal advocacy reforms “should not be designed around” any particular group of lawyers 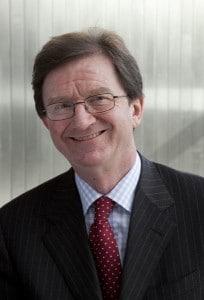 It is important that government plans to enhance the quality of criminal defence advocacy in publicly funded cases “should not be designed around one particular professional group”, the Legal Services Board (LSB) has warned.

Its reaction to the consultation issued last week by the Ministry of Justice (MoJ) can be read as coded concern that some of the proposals seem weighted in favour of barristers.

The prospective ban on referral fees and restrictions on solicitors using their own in-house advocates, rather than instructing barristers, are issues the Bar has been lobbying on for some time.

In its statement, the LSB said it welcomed the consultation. “We agree that sufficient quality is particularly important in area where the stakes are so high.

“It is also important that any policy should not be designed around one particular professional group but should recognise and take account of the different types of providers of advocacy services in the market. We will therefore study and give careful consideration to the proposals in the MoJ’s consultation.”

Referring specifically to the possible new panel of criminal defence advocates, initially in the Crown Court, the LSB highlighted the work done by the Solicitors Regulation Authority, Bar Standards Board and CILEx Regulation to develop the Quality Assurance Scheme for Advocates (QASA), which the LSB approved in July 2013. QASA applies to all criminal advocates in any court.

It said: “QASA has withstood legal challenge (by a number of individual practising criminal barristers with the support of the Criminal Bar Association) to the highest court in the country (the Supreme Court dismissed the appeal in June 2015). But this legal challenge interrupted the implementation of QASA, and it is now time to progress the introduction of QASA without further delay.

“We note that the panel scheme proposed in the MoJ consultation is specifically for publicly funded criminal defence advocates in the higher courts, ie a defined subset of criminal advocates. We are encouraged that, should a decision be taken to proceed with this panel scheme, the MoJ consultation says the panel will sit alongside QASA and may be able to make use of evidence of quality arising from it, whilst not being dependent on its prior implementation.

“It is important that the panel complements rather than duplicates – and does not delay – QASA which is a robust scheme developed across professional groups.

“The decision on whether to introduce a statutory ban on referral fees (in publicly funded criminal defence cases) is for government. We will be interested in what the evidence of consumer detriment is to support the introduction of this additional regulation.

The MoJ consultation admitted that the evidence supporting the ban was “largely anecdotal”.

Law Society chief executive Catherine Dixon said: “We are supportive of a consistent level of high quality advocacy. We were anticipating that this would be achieved through the introduction of QASA. We will study the proposals carefully and will wish to ensure that there is no duplication or unnecessarily burdensome regulation resulting from these proposals, especially in light of recent significant fee reductions.

“We will strongly oppose any measures to restrict the use of in-house advocates. We believe that this would be wholly contrary to the best interests of clients.”

The three regulators behind QASA – which form the Joint Advocacy Group (JAG) – last week issued a consultation on minor amendments to the scheme in light of the Supreme Court ruling. These include permitting a judge to decline to carry out an evaluation if they believe, because of the circumstances, it would not be fair to do so.

In a statement, the JAG said it was aware of the MoJ consultation and that it was “critical” that QASA was ready to be implemented in order to complement any panel scheme that emerged.

After 20 years at the broadcaster, latterly as managing director of BBC World Service, he was director general of the British Red Cross, inaugural chair of the Electoral Commission and then, until last year, chief executive of the Charity Commission. He was appointed a CBE in 2008.

His other current roles include being a council member of the Advertising Standards Authority, vice-chair of Voluntary Service Overseas and the public interest observer on the council of the Chartered Institute of Taxation.

He assumes the chair from 1 November. The man originally announced for the role, former diplomat Quinton Quayle, decided not to take it up for reasons that were not made public.