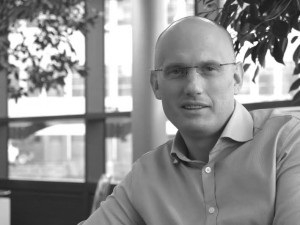 Moriarty: more unites people in this sector than divides them

Legal regulators need to justify the continuing existence of their rules, and not wait for others to argue that they are not needed, the chief executive of the Legal Services Board (LSB) has said.

In his exclusive first interview since taking up the post, the first part of which was published yesterday [2], Richard Moriarty also urged the legal profession to “redouble” its efforts to innovate in a difficult fiscal environment where there is also substantial unmet legal need.

The LSB is currently conducting an investigation into the cost of regulation, but Mr Moriarty said it would need to have “a pretty ruthless push on the frontline regulators to have a really sophisticated view on the costs that they are imposing”.

He said the practice in other sectors is to start with the presumption for the regulator to justify the existence of the rule and it is an ongoing requirement – not that others should justify a change from the status quo.

“I’m really keen that the LSB and the frontline regulators grip this issue. Because in the next three to five years, deregulation, and reducing the cost of regulation, is really important if we are going to create a better climate for innovation and growth.”

This is particularly given the high levels of unmet legal need – among both individuals and SMEs, as evidenced by LSB research – which Mr Moriarty said he had found “surprising”.

Putting this into the wider context of the public spending outlook for the next few years, he said: “I think it is in everybody’s interests – and I appreciate it is going to be easier in some areas than others – for us to redouble our efforts to think about how do we innovate and do things differently whilst making sure the rule of law is respected and standards are respected.

“But the need to innovate, the need to look at different types of models, will be even more important to the sector over the next five years than it has been in the last five years.”

Alternative business structures (ABSs) have a role to play in that and recently the LSB decided to stop requiring monthly updates [3] from the Solicitors Regulation Authority over how it was handling ABS applications. This had been going on since January 2013 because of concerns that it was taking too long.

Mr Moriarty stressed that the LSB had not just worked from SRA figures in making the decision. “The numbers were getting much better – the turnaround times were really improving. That was not the only thing that we did in order to assure ourselves that they were in a much better place on ABS applications. We obviously get intel from folk going through the process. We have had much less, much less, complaint about their process now than a couple of years back…

“The other thing we did was have a number of high level meetings with them to make sure right at the top of the organisation they were committed to making this process as slick and as painless as possible.

I was assured that they hadn’t just gripped this issue to get off [report] but actually because they felt that as a modern regulator that is absolutely what they should have done.”

Mr Moriarty said that while there continues to be debate over the future shape of what is a complex system, “compared to some regulatory regimes the fact that people start from a common starting point about what is in the public interest, is actually quite good.

“And actually more unites people in this sector than divides them. Some people forget that sometimes, I think.”