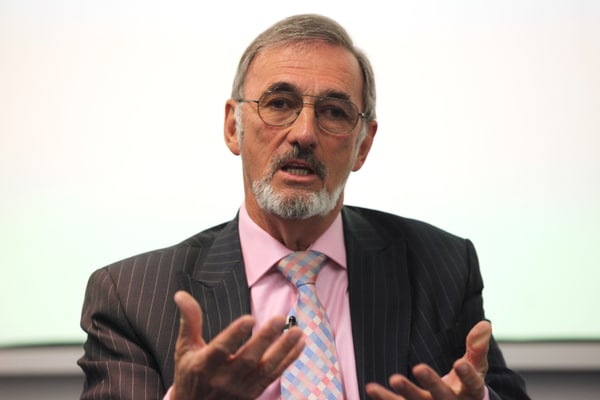 Edmonds: you don’t intervene where there is no evidence

Banning referral fees in personal injury (PI) may have unintended consequences that will be worse than the current situation, Legal Services Board (LSB) chairman David Edmonds told MPs yesterday.

Meanwhile, he predicted it would be possible to scrap the existing system of legal regulation rapidly and replace the LSB and the eight frontline regulators with a single over-arching regulator.

In an unapologetic defence of the board’s position on the ban before the House of Commons’ Justice Committee, Mr Edmonds reiterated the LSB’s scepticism and highlighted the fact that the market in PI referral fees had operated without any detriment to consumers.

The committee’s chairman, Sir Alan Beith, said he and his colleagues wanted the ban and made clear he viewed referral fees as an integral part of a system which encouraged claims management companies to harass people to make unwarranted personal injury claims. While condemning this behaviour, Mr Edmonds stuck to his argument that the evidence did not justify a ban.

He said: “I’m both defensive and protective of our stance on referral fees… I like to see markets operating in a way in which markets can operate, which is that referrals are made and satisfactory solutions are found – and you don’t intervene where there is no evidence that you should intervene.”

Accused by Sir Alan of complacency, Mr Edmonds – flanked by LSB chief executive Chris Kenny – pointed out that the Legal Services Consumer Panel had concluded there was no consumer detriment resulting from referral fees. He conceded only that there was “a degree of agnosticism on the part of my board, fuelled by the report of my own consumer panel, because if anyone was going to… find evidence of consumer detriment it would be the research that they commissioned in this area – and they didn’t find any”.

He said it was “incredibly difficult” to make a ban on referral fees “stick” and that moving to a “more complex” system that lacks transparency for consumers might have “unintended consequences”.  He added: “I just worry that we’d end up in a situation that is worse than the one that we have at the moment.”

Although he would not be drawn on exactly what consequences he foresaw, he made reference to devising “another way of paying the fee” and “another way of quid pro quo” – both of which would apparently breach the ban.

Addressing the committee with Bar Standards Board chair, Baroness Ruth Deech, and the Bar Council chairman, Maura McGowan, in the public seats immediately behind him, Mr Edmonds said he had “serious doubts” that the existing regulatory framework could “hold good” for the next five years.

On accusations by the BSB, Bar Council, Law Society and – most recently – the Solicitors Regulation Authority of regulatory ‘creep’ and micro-management by the LSB, Mr Edmonds described the criticisms as “unfounded”. But he accepted there were tensions between the LSB and frontline regulators, which he said was natural for a ‘supra-regulator’ and the community it regulated.

Questioned by Plaid Cymru MP Elfyn Llwyd, a dual-qualified solicitor and barrister, on why along with will writing for regulation, Mr Kenny said it had been a fine judgement but that the numbers of unregulated people doing it did not justify intervention. He explained: “I won’t pretend it was anything other than a 55:45 decision”.