LSB calls in the public to advise on policy 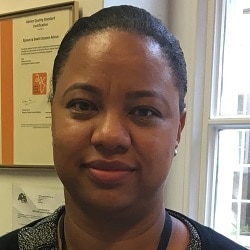 The Legal Services Board (LSB) is to create a standing panel of members of the public to help develop future policies – in addition to its existing consumer panel.

The commitment comes in the oversight regulator’s recently published business plan for 2020-21, and will be carried out in partnership with the Legal Services Consumer Panel (LSCP).

Following a procurement exercise, Community Research has been appointed on a two-year contract to set up and manage the new panel.

The LSB said it would “enable us to engage more directly with the public so we can listen to and understand their views as part of our policy development process”.

In its response to the draft business plan, the Bar Council called for more information on the standing panel and how much it would cost.

“We can see that it may be useful to have such a resource but query whether it would duplicate the function of the Legal Services Consumer Panel in any way. If so, we would query its purpose.”

However, the LSCP was enthusiastic, praising the LSB’s “progressive attitude” and arguing that the panel had “the potential to be invaluable to a sector in need of the public voice”.

The LSCP’s members generally have backgrounds and appointments that reflect issues that are of direct relevance to the legal market, such as regulation, consumer affairs, legal advice, policy and public affairs.

The LSB said most of the organisations responding to its consultation supported the public panel, with “some caveats”, giving the example of the Bar Standards Board, which highlighted the need for vulnerable consumers to be involved.

The LSB responded by saying the panel would form “one element of our overall approach” to developing policy, which would include “bespoke research with the most vulnerable groups”.

Replying to the Bar Council, the oversight regulator said: “The public panel and the LSCP serve different but complementary purposes. While the former is designed to provide lay input to inform the development of policy proposals, the latter provides expert advice and representation on the consumer interest.”

The LSB said the standing panel could be accessed by the LSCP, as well as regulatory bodies in the legal world “to ensure the views of the public inform debate and help shape decisions”.

The oversight regulator said it would also consider a suggestion by Nottingham Law School that it should set up a “parallel panel of experts”, in areas such as legal practice and regulation, to advise on policy.

Meanwhile, the LSB has appointed former barrister Lisa Davis to the LSCP. Ms Davis is chief executive of Citizens Advice Epsom and Ewell.

Ms Davis was previously director of fitness to practice at the General Optical Council and a prosecution lawyer for the London Borough of Hillingdon. The appointment is for three years.