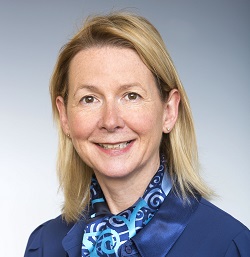 Phillips: No evidence of negative impact on international competitiveness

The interim chair of the Legal Services Board (LSB) has explained to MPs on the justice select committee why the oversight regulator rejected their plea to postpone a decision on the Solicitors Qualifying Examination (SQE).

Responding to the committee’s call for a “deferral” of six months, Dr Helen Phillips said the LSB had already extended the period of time for its decision by 90 days, the maximum permitted by statute.

“During our consideration of this application, the LSB issued two extension notices, resulting in the decision period being extended to the full 90 days permitted by statute.

“We have powers in certain circumstances to issue a warning notice and extend this period, but they were not applicable in this case.”

The justice committee said it agreed with arguments put forward by the City of London Law Society that removing the requirement for academic study of the law could damage the reputation of the legal profession.

“We assessed the arguments put forward for and against the changes and concluded that there was no evidence to suggest that a negative impact on the international competitiveness of the England and Wales legal profession is likely to result from the removal of the requirement for prescribed academic study of law.

“Any residual risk was not considered sufficient for this to be a ground for refusing the application, especially when balanced against the wider potential positive impacts on the regulatory objectives that the SRA is seeking through the changes.”

Dr Phillips described education and training as “just one (albeit very important) factor” contributing to the international standing of the legal profession.

On Brexit, which the justice committee said made it essential to avoid “any new reputational risk” to the profession, Dr Phillips said “undertaking necessary reforms” would “support the international standing of the legal services sector, along with the stability and certainty of English law, the independence of the legal profession and the quality of decisions by our courts”.

She emphasised that introduction of the SQE did not “follow automatically” from the LSB’s approval of its initial application for rule changes last month.

“There will be a new and separate assessment of the rules needed to bring the SQE into effect. The SRA expects to apply to the LSB in 2019 for approval of these further rules, which will contain detail on its proposals for implementing the SQE.”

Dr Phillips added that the LSB’s rule approval process was not “an assessment of whether or not we agree with the proposals made by the SRA” but an analysis of whether the statutory criteria set out in the Legal Services Act had been met.