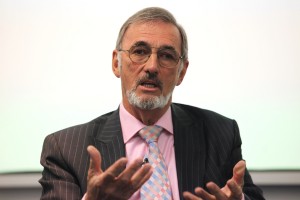 Edmonds: concern that momentum for change will slow

The Legal Services Board (LSB) is to issue statute-backed guidelines to compel legal regulators to follow its vision of how reforms resulting from the Legal Education and Training Review (LETR) should be implemented.

Controversially, the board disagreed with the LETR – which reported finally in June – on its support for a licensing scheme for paralegals, and also on whether the profession should be allowed to regulate entry to keep down lawyer numbers.

In a short consultation on changes that it wants to follow the LETR’s conclusion, the LSB took no chances as to how frontline regulators might respond individually. It said it would use powers under section 162 of the Legal Services Act to ensure they delivered a sufficiently “flexible” approach to education and training.

LSB chairman David Edmonds made it clear that regulators would have to account for significant deviations from the LSB’s view. He explained he was anxious that “regulators will not share the same interpretation and will proceed down different, potentially conflicting paths”, or, worse, that debate over the meaning of the LETR report “will slow down momentum”.

The prescriptive approach to the principles underlying the reform of education and training follows a renewed call for the LSB’s abolition by the Bar Standards Board. Meanwhile, the Bar Council has argued that powers over standards and entry should return to the professional bodies.

The reforms, when they came, would have to deliver five outcomes according to the draft statutory guidance, said the LSB. These were that:

While it did not set a deadline for regulators’ proposals, the LSB said it expected them to submit timetables by April 2014 that set out “clearly the approach they will take and any particular priorities”.

Disputing the LETR’s conclusion that an individual licensing regime for paralegals was desirable, the LSB said evidence suggested the “vast majority” of paralegals working in reserved activities were employed in regulated entities and supervised by authorised persons.

It continued: “We would have concerns about any form of regulation that added potentially unnecessary cost or reduced flexibility of the labour market given the lack of evidence of an identified issue.”

The board said it was “very difficult to accept the argument” that entry to the legal profession should be restricted because there were too many lawyers “given the levels of unmet need identified in research looking at both individual and small business consumers”.

It suggested the problem was that the market could not sustain so many lawyers “at the current cost” and that the regulatory objective to promote competition and consumers’ interests made it imperative to resist moves to restrict entry.

“We therefore propose that the solution to the issues lies not in further restrictions but in fewer restrictions to the way that people are able to qualify and the range of options open to individuals wishing to pursue a career in the legal services market.”

The LSB also disputed what it characterised as the LETR’s negative view of reaccreditation, arguing: “It is our view that where regulators impose significant ‘before the event’ requirements, the risks must be high enough to require some form of reaccreditation”

The board gave the example of the Quality Assurance Scheme for Advocates and added: “Further, we consider the case applies to non-regulatory regimes such as QC appointments just as much as this does for regulation.”

Chris Kenny, the LSB’s chief executive said: “This draft guidance is built on our view that a liberalised legal services market can only function effectively for consumers if there is a significantly more flexible labour market and that this can be achieved without compromising professional standards.

“A modern approach to regulation must apply equally to education and training as to everything else. This is no small task and some of the regulators already have work underway.

“Those that have clear plans and continue to make progress in the broad direction of the guidance will be left to deliver. From those who do not – and our hope is that there will be none – we shall seek clear explanation.”