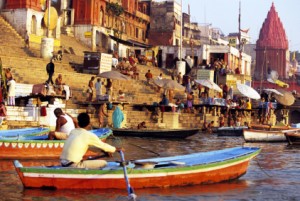 The legal process outsourcing (LPO) industry is currently worth $2.4bn worldwide and is set to expand into higher value, more complex work, according to research conducted by the London School of Economics.

Professor Leslie Willcocks, director of the LSE’s Outsourcing Unit and co-author of the research, said this could lead LPO companies to compete directly with law firms.

He explained: “As LPOs become trusted and get better at what they do, they will undertake more sophisticated work, even offshore. If you look at the labour force in these offshore destinations, such as India and the Philippines, there are plenty of very good, qualified lawyers. This could mean, ultimately, they encroach on law firms’ space.”

The research, conducted in association with Orbys, an outsourcing adviser, also predicted that the relationship between the legal function and the LPO provider will change and will be based on “new engagement models”; instead of firms or in-house legal functions buying specific and individual services, they will engage with an LPO on an overarching managed service model.

The growth in outsourcing will also “transform the shape of enterprise legal functions,” the research added. At the moment law firms and in-house legal teams follow the traditional pyramid structure; the new structure will be a diamond structure with partners and leaders still at the top but in the middle there will be so-called “subject matter experts and project leads” and then no heavy base of employees – the work that they used to do will be “performed by providers, typically in a lower-cost location”.

Professor Willcocks said law firms are “behind the curve in terms of outsourcing. When you look at legal services and the legal function, you wonder what makes it so special, why should it be any different from IT, finance, HR and so on?”

Ultimately, there will be pressure on law firms to change and “this will come from general counsel who will either indirectly or directly force change”, said Mr Burgess, pointing to recent reports that the when Royal Bank of Scotland put its legal panel out to tender, law firms had to demonstrate that they had some level of engagement with LPO in order to go through.

But the LPO market itself will not come out unscathed in the years to come. The research speculated that if the market follows outsourcing trends in other sectors, two things may happen: first, there will be fewer providers overall and of those which are left, there will be “mergers and acquisitions and strategic alliances”.