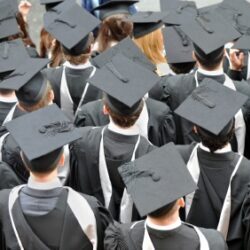 The pass rate for legal practice course (LPC) students was virtually unchanged for the academic year ending in the summer of 2020 despite the pandemic, figures from the Solicitors Regulation Authority (SRA) have shown.

However, the SRA’s first attempt to monitor the socio-economic background of LPC students was hit by a mass refusal from students to answer a question about secondary schools.

Only 7% admitted going to a private school compared to 30% who said they went to a state school.

In its training authorisation and monitoring report for the year to August 2020, the SRA said it responded to the pandemic by relaxing requirements for teaching and assessment of the LPC and common professional examination (CPE) for non-law graduates.

These included relying on coursework instead of exams and moving exams for core subjects online.

The SRA said the proportion the students deferring exams more than doubled, from 13% to 28%, with candidates “choosing to wait to sit assessments face-to-face” or for other pandemic-related reasons.

This had no impact on the overall pass rate which hardly fell – from 58% the previous year to 57.5% for 8,306 students. The proportion of students who failed the course, as opposed to deferring or being referred, fell from 3.3% to only 1.6%.

The achievement gap between academic institutions closed a little, with the worst performer recording a pass rate of 31%, compared to 23% the year before.

The top seven providers recorded a 100% pass rate, compared to only two the previous year. The report did not identify institutions’ individual pass rates.

The two biggest providers, BPP University and the University of Law, accounted for 81% of LPC students.

Nearly a quarter of students (23%) said they were from Asian backgrounds, compared to 12% from Black backgrounds.

While two-thirds (65%) of White students successfully completed the LPC, the pass rate for Asian students was 52% and Black students 39%.

For the first time, students were asked a question asking about their secondary school so that LPC results could be monitored in terms of socio-economic background.

Huge numbers either preferred not to say or said the status of their secondary school was ‘unknown’.

A report last summer from LawCAB, the central applications gateway for the LPC, revealed a similar mass refusal by students to reveal personal details, this time on ethnicity.

Nearly 60% of applicants to disclose their ethnicity when applying for a place on the LPC in 2020 – up from 2.3% the previous year.

The SRA said that 30% of LPC students who described the type of secondary school they attended said they went to a state school, with 7% having gone to an independent or fee-paying school.

Those with at least one parent educated to degree level were also significantly more likely to be successful than those without.

When it came to the CPE course, the overall success rate was 60%, up from 58% the previous year, with a pass rates for the providers varying from 30% to 100%.

Six in ten students (60%) were female and they performed much better than male students, achieving a pass rate of 62% compared to 38% for men.

Students from Asian backgrounds made up 20% of CPE students and had a successful completion rate of 50%. Those from Black backgrounds, who accounted for 8% of students, had a pass rate of 41%. This compares to a rate of 65% for those from White backgrounds.

Around 17% of LPC and 14% of CPE students described themselves as having a disability. There was an achievement gap on the LPC course, with disabled students achieving a pass rate of just over 51%, compared to almost 59% for those without a disability.

However, disabled students performed better than others on the CPE course, with a pass rate of 60% for those with a disability and 59% for those without.