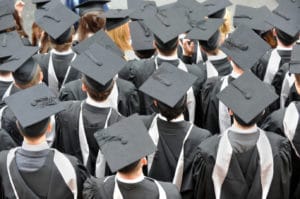 More than half of young legal aid lawyers are earning less than £25,000 a year, yet more than a quarter start their careers carrying more than £35,000 debt as a result of their education, according to a survey of lawyers in the sector.

The Young Legal Aid Lawyers (YLAL) group report Social mobility in a time of austerity found low salaries were a “significant barrier”, although the sector still held an attraction for idealistic recruits.

The YLAL received 200 survey responses from among its 3,500 members, all below 10 years’ qualified. Almost eight out of 10 were women, which the group said “may suggest an over-representation of women working in the sector”.

The report said the Solicitors Regulation Authority’s decision to scrap mandatory minimum salaries for trainees “undoubtedly… had an impact on pay levels for new trainees in the legal aid sector”.

Equally, the Legal Aid, Sentencing and Punishment of Offenders Act 2012 (LASPO) had impacted the sector, said the YLAL.

“LASPO has profoundly affected social mobility… Legal aid law firms and other organisations are struggling to survive and often pay well below the living wage to their employees.”

However, the report found that despite the difficulties, many people continued to choose to qualify in the sector. A typical explanation was that “we work in legal aid because we believe that justice should be accessible to all”.

The YLAL said such responses “give us an insight into how, despite severe cuts, fewer opportunities and the closure of many firms, law centres and advice services, the legal aid system is able to continue to function”.

Meanwhile, in another finding, the report found unpaid work experience was a “major barrier to entry to the profession”, since many employers in the legal aid sector wanted experience even for entry level roles.

Comments from respondents included: “Legal aid firms do not have the time and resources and so appreciate having someone with some form of experience” and “the industry simply has too many graduates fighting for too few paid positions within the… sector”.

The report concluded: “Unfortunately, there remains a perception that it is unpaid work experience in particular which is a necessary stepping stone to paid work.”

Among other things, to address this problem the YLAL recommended that government funds be made available to small legal aid firms and not-for-profit organisations to assist them “to properly remunerate or reimburse those undertaking work experience”.

Lastly, the report found: “Stress, lack of support and juggling legal aid work with other responsibilities are affecting retention in the profession.”

One in five respondents said stress was the biggest challenge they faced.

It said: “The combination of feeling underpaid, undervalued, working long hours, and a lack of training and support meant that many felt meeting a basic standard of care to clients represented a significant burden.”

The survey found that former pupils of fee-paying and grammar schools continued to be over-represented in the legal aid sector: 37% of barristers and 17% of solicitors attended fee-paying schools.

The YLAL made a series of recommendations, including the reintroduction of mandatory minimum salaries for trainee solicitors, that organisations adopt YLAL’s work experience charter, and the introduction of “improved welfare initiatives”.