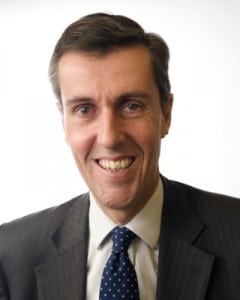 A little-known Conservative MP with a background in insurance has been appointed the new junior minister at the Ministry of Justice.

Andrew Selous replaces Jeremy Wright, who was the surprise choice to become the new Attorney General, and takes over his brief for prisons and probation.

He has also been appointed an assistant whip, and according to the Ministry of Justice’s website, is an unpaid minister.

Mr Selous, the MP for South West Bedfordshire, was elected in 2001 and since the last election has been the parliamentary private secretary to work and pensions secretary Iain Duncan-Smith. Before that he was a shadow works and pensions minister.

Before being elected, he qualified as a chartered insurer and worked as a reinsurance underwriter at Great Lakes Reinsurance (UK) plc, which is known in the legal market as a provider of after-the-event insurance.

Mr Selous is a low-profile politician with no obvious knowledge of the prison or probation services, to judge by his personal website. He says that “my Christian faith inspires me in much of what I do in Parliament”. He chairs the All-Party Parliamentary Group for sustainable relationships

He appears best known for a Twitter gaffe committed after last year’s spending review, when he tweeted: “Strongly support the loss of benefits unless claimants lean (sic) English.”

Lawyers on Twitter have been questioning the appointment of Mr Wright – who seems to be the first non-QC appointed as Attorney-General in living memory – and whether the criminal barrister has the legal pedigree to be the government’s principal legal adviser, especially as he would appear to have little experience of public law.

His listing on the No5 Chambers website says that his experience includes “cases involving a video link”.

It names two ‘notable’ cases in which he has been involved: R v Albert Marfe, a £38m VAT fraud, in which he was led by Nicholas Browne QC, that was the first in Birmingham to involve the computerised presentation of evidence and also made use of Livenote technology; and R v Paul Salters and Others, a “substantial football violence case involving fans of Aston Villa and Birmingham City”.

At the same time, Mr Grieve has been qualified for 16 years longer than Mr Wright, taking silk in 2008, two years before he became Attorney-General. He had also been shadow Attorney-General from 2003 to 2009, and for a short while afterwards was shadow justice secretary.