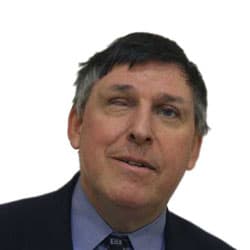 The government was yesterday urged to take a ‘no holds barred’ approach to obtaining support and funds for overhauling social welfare legal support, including pro bono help from law students and cash from interest on solicitors’ client accounts.

The independent Low Commission said the sector would soon reach “crisis” point without a change of approach.

It urged central government to fund half of a £100m national advice and legal support fund, administered by the Big Lottery Fund, with remaining £50m funded by a wide range of public and private sources.

In a change from the commission’s draft report in August, it called on the Ministry of Justice (MoJ) to consider reinstating housing cases involving disrepair and the right to quiet enjoyment into the scope of the Legal Aid, Sentencing and Punishment of Offenders Act 2012.

Among 100 recommendations, the report said public legal education should receive higher priority, the legal system should be simplified, the advice sector should collaborate more closely, and local advice and legal support plans should be drawn up in all areas to target available resources at the most vulnerable. There should be a national helpline providing a comprehensive advice service for the general public, which can act as a safety net for those who have nowhere else to go or whose needs cannot be met by other providers, it said.

But the report was also upbeat, despite acknowledging that it was written at a time of austerity: “It is also a time of innovation and rapid change in the provision of advice and legal services and of dispute resolution. New providers are moving into the legal services market as a result of the Legal Services Act 2007, and new technology is changing the way that many people seek information and interact with service providers.”

Addressing funding, the Low Commission recommended tapping a variety of public sector, industry, and charitable sources. It highlighted the potential of pro bono services, such as those provided by law students. “University law schools are becoming an increasingly important source of pro bono help, which is of mutual benefit both to clients and to the schools themselves,” it said.

Other sources of funds it suggested could include “lawyer fund generation schemes”, such as the costs awarded for pro bono cases, estimated at £100,000 in 2012; dormant funds held by solicitors who cannot be traced; funds held in relation to bona vacantia estates; and unclaimed damages awarded as a result of collective actions in competition law.

The commission argued that the next government should legislate to make the legal profession’s charity, the Access to Justice Foundation, the beneficiary of a compulsory ‘interest on lawyer trust accounts’ scheme that siphoned off enhanced interest on grouped-together client funds.  This scheme has operated successfully in the US, Australia and Canada, the report claimed.

Lord Colin Low, the cross-bench peer who chaired the commission after being invited to do so in 2012 by the Legal Action Group, said: “Our report makes sobering reading and we are calling on political parties of all stripes to recognise the need to act before we reach crisis point.

“All around the country we found advice agencies buckling under the strain, and ordinary people left with nowhere to turn.”

Amanda Finlay, commission vice-chair and the MoJ’s former legal services strategy director , said: “In these days of austerity, we realise hard choices have to be made. But just cutting legal aid is not the answer. The problems still remain.

“We should follow the example of other countries who have reduced legal aid but recognised that help is still required, and invest in better information, advice and support.”

For the full report, go to the Low Commission’s website here.