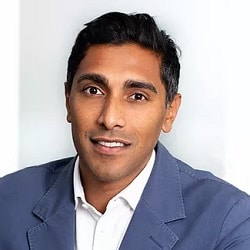 A not-for-profit criminal law firm has used a £50,000 grant from the National Lottery to launch a free web app aimed at people who have been issued fines for breaching the coronavirus regulations.

Commons Legal, which offers advice and representation with a commitment to social justice, received the grant from the Social Enterprise Support Fund, which distributed nearly £19m of National Lottery funding to help social enterprises support people during Covid-19.

The firm is concerned the Covid fines are issued arbitrarily. The service aims to ensure individuals know their rights and understand how police forces are carrying out their duties, as well as to monitor the impact of the regulations on ethnic minorities.

Campaigning civil rights group Liberty has calculated people from black and ethnic minorities were 54% more likely to be given a fixed penalty notice under the Health Protection Regulations.

Former Supreme Court judge Lord Sumption told the BBC that Britain was a risk of becoming a police state as a result of the “arbitrary and Draconian” way in which police were reinforcing lockdown measures.

Commons co-founder Sashy Nathan complained that criminalising swathes of the population was no way to enforce compliance during a public health crisis and that “arbitrary fines” were “an affront to civil liberties”.

He added that he hoped the app would help people understand their rights and “scrutinise standards of policing in our country”.

Speaking to Legal Futures, Mr Nathan said that while there was no chatbot feature in the app, it contained real information such as “if a limitation period for prosecution may have expired or if you may have a potential cause of action arising”.

As well as developing online services – Commons has also published a short guide to fines – the grant was designated to cover training community groups and the legal team’s working time, and also a non-Covid ‘crisis navigation service’ which Mr Nathan said was “part of our move towards holistic defence practice”.

The navigation service has been set up to refer people who seek legal help from Commons to access different services when they need them, such as finding employment, and access to mental health services and housing. It employs a social worker ‘navigator’, who will work both with clients and the legal team.