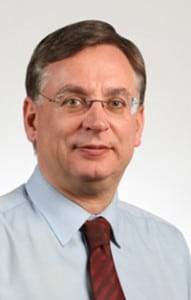 Dismore: disgraceful lack of scrutiny of part 2 of the bill

Claimant groups have welcomed the House of Lords votes to exclude industrial disease cases from the end of recoverability, but questioned why there is a different rule for other injured people.

It has also been suggested that the government has caused a significant problem by refusing to put the 10% increase in damages on the face of the bill.

On the third day of the Legal Aid, Sentencing and Punishment of Offenders Bill’s report stage, peers voted to allow claimants in first asbestos-related claims and then all industrial disease cases, to continue to recover success fees from losing defendants.

A Law Society spokesman noted the risk of reversal in the Commons, but added: “It has to be asked – if the CFA [conditional fee agreement] measures are unfair for the victims of industrial diseases, aren’t they unfair for many other groups of clients too?”

He continued: “We will continue to mobilise support for changes to the bill – through third reading in the Lords and ‘ping pong’ [between the Lords and Commons over the final shape of the bill] after Easter. Our campaign has secured some notable concessions and we remain hopeful that the government will concede further to avoid prolonged ping pong.

“Nevertheless this remains a poorly conceived piece of legislation which is unlikely to deliver the claimed savings but highly likely to compromise access to justice for ordinary citizens.”

Deborah Evans, chief executive of the Association of Personal Injury Lawyers (APIL), said: “This is obviously good news for victims of industrial disease and it is imperative that the government does not overturn these important amendments when the debate returns to the House of Commons.

“It is still, however, a devastating blow for justice that the same degree of consideration was not given to the proposals for other innocent victims of injury, whose lives may also have been shattered through no fault of their own.”

Andrew Dismore, co-ordinator of the Access to Justice Action Group, said it was “disgraceful” that the debate on part 2 of the bill dealing with the Jackson reforms had not been allocated sufficient time throughout the parliamentary process, after it was again squeezed on Wednesday. This meant that important issues such as recoverable after-the-event insurance for disbursements were not even debated.

He was especially disappointed that the vote on putting the 10% increase in damages on the face of the bill was lost. Mr Dismore argued that the government was storing up a “serious practical problem” as he did not think the Court of Appeal would have the ability under the common law – as the Ministry of Justice intends – to implement the uprating.

Unlike the much-cited case of Heil v Rankin, where the Court of Appeal recognised that damages had fallen behind where they should be and uprated them, Mr Dismore said in this situation the move was merely to ameliorate the impact of the end of recoverability; Lord Justice Jackson has himself said he does not think damages are too low.

“Where’s the legal principle that says you can do it as a quid pro quo?” he asked, insisting that the change needs to be a statutory one, as it was to increase the discount rate, for example.

He added that if there was to be a case in the Court of Appeal next spring, when the rest of the Jackson reforms are due to be implemented, it needs to be started now.

Nigel Muers-Raby, chairman of the Consumer Justice Alliance, said: “It’s disappointing that the government appears to have a closed mind even to the extent that it seems unable to understand that the proposed amendments don’t undermine the whole ‘architecture’ of the Jackson bill.

“If this is really their concern, how do they reconcile their own picking of parts of Jackson. The Consumer Justice Alliance hopes the government might yet see the error of its ways during the third reading – if it doesn’t, the bill will have a wholly damaging effect on innocent victims. We maintain that these reforms are wrong in principle and unworkable in practice.”