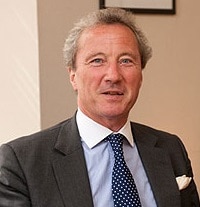 Justice minister Lord Keen said today that if the government’s personal injury reforms lead to greater involvement by “good” claims management companies (CMCs), it could be “beneficial” for the market.

Lord Keen told MPs on the justice select committee this morning that the market was “extremely adaptable and flexible when you’ve got players like CMCs, solicitors and insurers”.

Quizzed about the government’s plans to raise the small claims limit to £5,000 for road traffic claims and £2,000 for other PI claims, Lord Keen said the government was not anticipating a “rupture” in the before-the-event (BTE) insurance market as a result of the reforms, but “there is no reason to believe that substituting CMCs for BTE insurance is a bad thing”.

He added that while “good CMCs look after their customers”, ministers were “extremely concerned about the behaviour of rogue CMCs”.

Pressed repeatedly by Labour MP David Hanson to quantify the “many” whiplash cases he claimed were fraudulent, Lord Keen said it was impossible to give a precise figure.

Contrasting the fall in car accidents in recent years with the steady number of claims, the peer argued that there was “macro evidence” of a claims culture.

Mr Hanson also questioned how people without legal representation would be able to interpret detailed legislation around, for example, health and safety, to determine if they had a claim.

Lord Keen suggested that they could seek advice from the likes of the Citizens’ Advice Bureau, but did not explain what they would do thereafter.

He also said that judges would be able to move complex claims from the small claims court to the fast-track.

But he predicted that claims numbers would come down because “people will pause and think about the merits of their claim before they make it”.

Earlier in the proceedings, part of a short inquiry by the justice committee into the increased small claims limit, Mrs Justice Simler and His Honour Judge Nigel Bird gave details of the practical steps being taken to prepare for the impact of the reforms on the courts.

The judiciary’s response to the reforms was based an assumption that 90% of fast-track cases would move to the small claims track, that BTE rates would go up, that litigants in person (LIPs) could not easily understand the personal injury pre-action protocols, and the arrival of LIPs would reduce settlements, she explained.

Simler J said the Ministry of Justice (MoJ) was working on redesigned version of the PI portal, with the portal company and MedCo, for claims up to £5,000.

“If that could absorb these cases, it would go a long way to meet many of our concerns.”

She added that it was not appropriate for the judiciary to comment on the decision to increase the small claims limits, once it had been taken by the government.