Lord Hodge: I don’t agree with Sumption about women judges 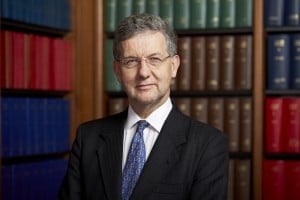 Lord Hodge, a Supreme Court justice representing Scotland, has made it clear that he does not agree with Lord Sumption’s view that it could take 50 years to achieve gender equality in the judiciary.

“The balance is shifting faster than some people think,” Lord Hodge said. The justice said he would be “quite astonished” if, by the time he retired in eight years’ time, there was not a significant number of women at the Supreme Court.

“I would be very surprised if, even at Supreme Court level, the picture was not radically different from today. I don’t think Lord Sumption was right to say it would take 50 years, but I don’t think he is against diversity.”

Speaking last month, the president of the Queen’s Bench Division, Sir Brian Leveson, noted that there were many senior judicial appointments to be made in the next five years – including nine members of the Supreme Court – and said a “substantial number” of these were likely to be women.

Lord Hodge went on to say that also he did not agree with Lady Hale about the need for positive discrimination.

Lord Hodge was speaking at yesterday’s Spark 21 conference in London, part of the First 100 Years project, charting the journey of women in law since the Sex Disqualification (Removal) Act 1919.

At a panel session on men’s role in helping women progress, Lord Hodge said justices at the Supreme Court had different views on “many issues”, not simply recruitment.

“It’s not just a spectrum with Lady Hale at one end and Lord Sumption at the other. It’s more nuanced than that.”

Lord Hodge said the solution to the problem of lack of diversity at the Supreme Court would have to come from the legal profession, and the task of the judiciary was to “express our intention in having a broad and diverse judiciary at all levels”.

The justice said he believed that female judges could have a different perspective to men on “an issue of social policy”, while “gender would have nothing to do with it” if the dispute was a contractual one.

“There are areas like human rights where people from different backgrounds, not just in terms of gender, can come to different decisions,” he said.

Lord Hodge revealed that as a young barrister he helped his wife fight against “seriously discriminatory behaviour”, and helped her with the disciplinary process until the matter reached a “satisfactory conclusion”.

Asked whether he was at the Spark 21 conference as the result of an “outreach programme” in the wake of Lord Sumption’s comments, Lord Hodge said that, as far as he knew, he was invited to the conference before his colleague made the remarks and “could see no connection whatsoever.”

In an earlier session on the state of gender equality in the profession today, Sasha Barton, a partner at London firm Hodge Jones & Allen, said she had witnessed several times male barristers making sexist jokes in court, “and the judge laughing along”. Unlike in most situations, there was “no way to challenge this”, she said.

Dorothy Livingston, now a consultant at Herbert Smith Freehills and only the second female partner that the original Herbert Smith ever had, recounted how the party held to mark her going on maternity leave felt like a retirement party because the firm did not expect her to return.

“There’s still this ‘wait and see’ attitude [to whether women will return after maternity leave] that’s damaging to women progressing,” she said. She was a salaried partner at the time she went on maternity leave the first time, and while her contemporaries were made up to equity about the same time, she had to wait another three years – although it happened when she was pregnant with her second child, Ms Livingston noted.

Hearing from students on the panel about the casual sexism that occurs at university, Ms Livingston suggested that the situation had actually become worse for later generations. “Gentlemen wouldn’t say that kind of thing to your face,” she recalled – although, of course, she said, they may have said it behind her back.