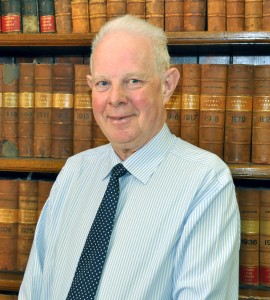 The Lord Chief Justice has highlighted the “very worrying trend” of few appointments to silk outside of London and the impact this may have on diversity on the bench.

However, Lord Thomas also expressed hope that an upcoming competition for deputy High Court judges would deliver “the kind of pool [of candidates] we have never seen before”.

In a speech [2] to the Temple Women’s Forum and Association of Women Barristers in late April which has only just been published, Lord Thomas looked at the factors that could influence the judiciary of the future.

He said one area that needed to be looked at “very carefully” was the trends in the appointments of silks.

“There was previously a rise in the number of women silks appointment; it fell back again, then in the current year returned to almost what it was at the highest point,” he said.

“There is also a trend that is perceivable that fewer of those who practise outside of London to take silk [sic]. For example, this year there were only five people appointed silk who practised in either the Northern or North-Eastern circuits. When you think that that includes Sheffield, Leeds, Liverpool, Manchester and Newcastle, to name five important sectors of the Bar, it is a very worrying trend.”

Other important factors, he said, were change in the legal profession – legal aid cuts and the Legal Services Act “are having a profound impact” – and reform to Her Majesty’s Court and Tribunal Service.

He cited as examples dealing with smaller civil claims online and proposals by JUSTICE to introduce a primary dispute resolution officer to case manage and resolve the majority of civil disputes, and to create an integrated online and telephone platform to help litigants to navigate their way through the newly reformed justice system.

Lord Thomas said: “We would hope to do much more, for the benefit of the public and users of the system, but I also hope that these changes… will benefit judges of the future who could have much more flexible ways of working.”

He also mentioned the likelihood of courts and tribunals coming closer together, allowing for “more flexible deployment between the two”.

His speech listed a range of actions the judiciary has taken to widen the pool of candidates for judicial appointment, including removing the requirement for previous judicial experience from the recruitment exercise for 14 deputy High Court judges, which is due to be launched next month.

In addition, there has been a scheme to support potential applicants from “non-traditional backgrounds” for these posts, which received 250 bids for 30 places.

Lord Thomas said: “I am very optimistic we will go forward with the kind of wide pool we [have] never seen before with the prospect of having new members of the High Court within a relatively short time.”