Lord Chief Justice to take on overall responsibility for tribunals 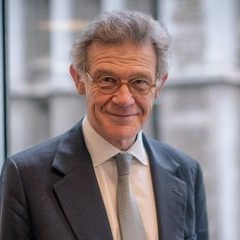 Lindblom: Role to be downgraded

The Lord Chief Justice is to take overall responsibility for the tribunals as well as the courts under the joint ‘One Judiciary’ initiative run by the judiciary and the Ministry of Justice.

The role of the Senior President of Tribunals is to be downgraded as a result.

A statement issued last week said the principal aim of One Judiciary was “to bring the courts and tribunals closer together to make better use of resources and to demonstrate that judges, whether they sit in courts or tribunals, are part of a single judicial family”.

“We have made good progress towards this commitment, and now want to announce the next steps to this work,” they said.

First was increasing opportunities for cross-deployment, “removing barriers that prevent judges with appropriate authorisation from hearing different types of cases”.

Second was promoting “an inclusive and collegiate culture throughout the courts and tribunals, while respecting and valuing the distinct identities of different jurisdictions and the expertise needed in each area of the law”.

This included promoting a working environment in which all judges have opportunities to progress, “irrespective of personal or professional background”.

A unified leadership structure, bringing the tribunals together with the courts under the leadership of the Lord Chief Justice, will underpin this.

Subject to legislative change, the Senior President of Tribunals will continue, through delegated powers, to lead the tribunals, with the role having the standing of a head of division.