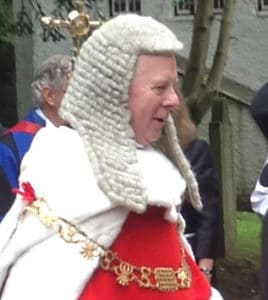 The comments by Lord Thomas echo those of the incoming president of the Supreme Court, Baroness Hale, who earlier this year said that the Legal Services Board, in its vision for the future shape of legal regulation, “seemed to think it problematic because the independence of the legal profession might be seen to conflict with consumer interests”.

Writing in his ninth and final annual report as Lord Chief Justice, Lord Thomas said: “There remains, at present, debate about the regulation of legal professionals and the regulation of the legal services market.

“Now, more than ever, it is critical that careful thought is given to any changes and that strong safeguards are put in place when changes are made. Most importantly, the highest standards of training and practice must be encouraged and the practitioner’s overriding duty to the court preserved so as to maintain the world-class reputation of our jurisdiction.

“There is a nascent concern that the public interest too often gives way to the consumer interest, which is itself too narrowly defined.”

Lord Thomas said the judiciary would in future take “a more structured approach” to engaging with the profession’s representative and regulatory bodies “to make sure the constitutional position of the legal profession is properly understood and weighted accordingly as decisions are taken”.

More broadly, having had to tackle issues such as Brexit and its impact on the international standing of English law, as well as judicial independence, access to justice and diversity, the judge said: “My final year in office has, in many ways, been the most difficult.”

Lord Thomas talked with enthusiasm about the “significant progress” made in the “world-leading” £1bn courts and tribunals modernisation programme.

On the criminal front, he said progress was being made with the development of the common platform programme which will link all the paperwork in each stage of a criminal case from arrest by the police and consideration by the CPS to the involvement of the courts and the defence.

As for civil, family and tribunals, he said the major decision made during the year was that the same single process would operate across all three jurisdictions, supported by a single set of new rules designed specifically for the process.

Projects are now building component parts which, when put together, will form the same single process. These include: