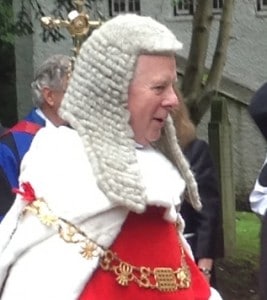 The Lord Chief Justice has called for radical and bold action to protect the justice system in the face of retrenchment by the state, including considering a change to a more inquisitorial system in which judges question evidence.

Criminal reforms could include an intermediate court between the magistrates’ court and the Crown Court and more cases heard without juries, he suggested.

Addressing an event to launch a three-year strategy by law reform think tank JUSTICE, in London last night, Lord Thomas of Cwmgiedd invoked the spirit of the 19th century justice reforms that led to the creation of the High Court and the Court of Appeal.

He observed there was a political consensus that there would not be a return to abundant public spending and that the justice system was “unprotected from the retrenchment”. Further, current spending cuts would amount to around a third of all real terms spending in 2010, not a matter of a few percentage points as in the past.

Unlike the 19th century reforms, which emerged from a long period of piecemeal reform and failures, today’s reforms had to be radical, because “we simply do not have that luxury of time”. There had to be a change from past thinking, which reflected a “tendency towards conservatism”.

A shift to a more inquisitorial system “to some… seems like the obvious or the only solution to the present situation we find ourselves in with the increase in litigants-in-person”, he said. Such a move had been rejected as “alien to our adversarial tradition” in the 1950s by a committee led by the then Master of the Rolls, Lord Evershed, which carried out the “Woolf or Jackson review of the day”.

Lord Thomas urged: “We must do what the Evershed committee did not. We have to keep an open mind even on radical options.”

Turning to criminal matters, he said: “It is vital for the health of our economy and the pre-eminence of London that those who commit financial fraud or engage in bribery and corruption are tried in a criminal court and severely punished.”

Disclosure and the mode of trials should be re-examined, he proposed, and a spotlight turned on the allocation of work in different criminal courts. He noted that the Crown Court was dealing with cases involving non-serious injuries and minor dishonesty and suggested it was time to re-examine radical recommendations made by Sir Robin Auld in 2001 that intermediate courts between the magistrates’ courts and the Crown Court should be created.

Also, it was time to reconsider which cases were held before juries. If more cases were put before magistrates, “properly reasoned judgments which can be scrutinised on appeal provide a real safeguard”, he said, adding: “Surely it is time to consider this issue again given the financial circumstances in which we are now placed.”

He suggested the impact of the Legal Services Act on the legal profession and of the growth of IT in the courts had to be considered at the same time that ideas for reshaping the justice system were examined.

Lord Thomas said JUSTICE was ideally placed to play a “vital role” in the discussion and examination of reform.

JUSTICE unveiled its strategy from 2014-17, which included ambitious objectives ranging from leading “research and analysis on the operation of the justice system as a whole” to specific projects on such things as “the impact of digital technology and social media on the justice system” and “privatisation and the justice system”.

It launched a fundraising appeal to meet “challenging” financial circumstances of recent years.